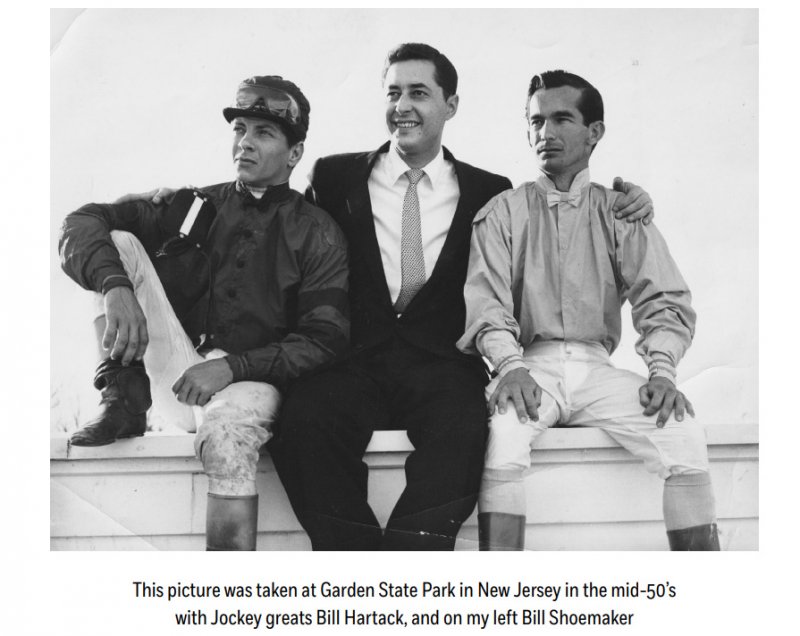 “I proudly say not many people get to change an industry worldwide.”

SARATOGA SPRINGS — On Wednesday, August 17, from 10am to 12pm the National Racing Museum and Hall of Fame will be hosting entrepreneur, Thoroughbred racing pioneer, and now author, Tommy Roberts. Roberts will be signing his recently published autobiography, Have I Got a Story For You that features tales from his exemplary life. Roberts, born in 1928 is now widely recognized as the “father of simulcasting,” a type of broadcasting where events can be accessed through a variety of different mediums simultaneously. For the horse racing world, this was the spark that ignited off-track betting. Because of Roberts, gamblers throughout the world could now wager on races no matter where they lived.

After his successful disc jockey career, Robert was drafted for the Korean War on January 15, 1951. He was assigned to a mobile radio station truck located in South Korea. There he produced “On Stage Korea,” a show featuring entertainment stars such as singer Eddie Fisher and actors Mickey Rooney and William Holden. Roberts also helped form the “Korean Armed Forces Radio Network” radio programming that was designed to be long-reaching in order for the signals to be heard in Japan, the Philippines, and Guam.

In 1983, Roberts put his communications background to use when he created the first horse racing simulcast after buying the rights to feed live races via satellite from 30 racetracks to Nevada casinos. Soon after, he was granted an unconditional gaming license by the Nevada Gaming Commission and began operating in all casinos in Nevada during March of 1984. Casino patrons were now able to wager on horse racing from all over the country while watching the races live from remote locations. Thus, Thoroughbred racing was changed forever. Today, 95% of all the money bet on horse racing is generated through simulcasting. The money bet is in the billions annually, from racetracks, casinos and off-track betting operations.

The National Racing Museum’s August 17 event will give the public the chance to meet Robert in person as he discusses the fascinating tales of his business, sports and entertainment adventures - of which there are too many to name here. The two contributors of  Have I Got a Story For You  are Ed Bowen and Joseph Raucci. “A person couldn’t get luckier than to have Ed Bowen, a major figure in Thoroughbred racing, and author of 22 books, as my Editor. Joe Raucci showed his versatility and friendship by doing the fact checking and research that these 93 years of age needed,” said Roberts in his new publication. The autobiography also includes over 100 pictures from Roberts’ life that were digitally restored.

Importantly, all profits generated from the book will be donated to the Permanently Disabled Jockeys Fund (PDJF), and the public will have the chance to buy the book at the event before it hits the shelves. Today, Tommy’s son Todd runs the simulcasting company aptly named Roberts Communications Network (RCN) which is headquartered in Nevada, where it all began.

More in this category: « Muscle Cars at the Museum Local 8th Grader Ollie Huss Competes in His Third USA Championship »
back to top