Muscle Cars at the Museum 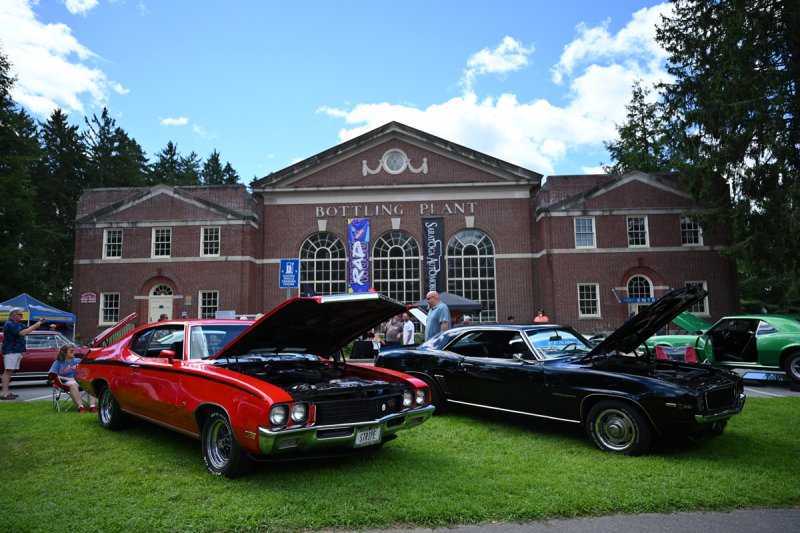 SARATOGA — On Saturday, July 30, car fanatics far and wide descended on Saratoga Auto Museum for a once-in-a-lifetime event. Attendees were treated with live music, muscle car competitions and most importantly, the chance to see authentic Yenko muscle cars in person.

Yenko’s, named after automotive pioneer Don Yenko, are cars that have undergone a change from their respective stock engines to things like a 427 Corvette engine, keeping the authentic stylish body of mid-century muscle, but packing a bigger punch in terms of performance. These “Yenko supercars” are selling in the modern era for upwards of $500,000 – and ten of them were on display in Saratoga this past weekend. Not to mention, Lynn Yenko – Don Yenko’s daughter was also in attendance sharing stories of her father and her own unique past.

Back in the late 1950’s and early 1960’s Don Yenko took advantage of Chevy’s Central Office Production Order, or COPO program that allowed dealerships to order cars and trucks with non-standard colors or features. Yenko, being the four-time Sports Car Club of America national driving champion stuck to his speedy roots and modified traditional cars for high-performance.   The first popular aftermarket car made by Yenko came in 1965, in the form of a modified version of the Chevrolet Corvair. Named “The Stinger,” these Corvairs were modified with a variety of different body accessories and engine upgrades that produced outputs of up to 240 horsepower, a revolution for the time in terms of public accessibility.

Saratoga TODAY spoke with Todd Bailey, Lead Chair of the event, and someone who has been fascinated with the Yenko legacy for some time. “It’s surreal to have an idea like this and have it come together” said Bailey, “we may have started something new in Saratoga.”

For more information on this event and the charitable causes it supported, visit:     www.yenkosmusclecarsatthemuseum.com

More in this category: « Success at Saratoga: Permanently Disabled Jockeys’ Fund Awareness Day
back to top