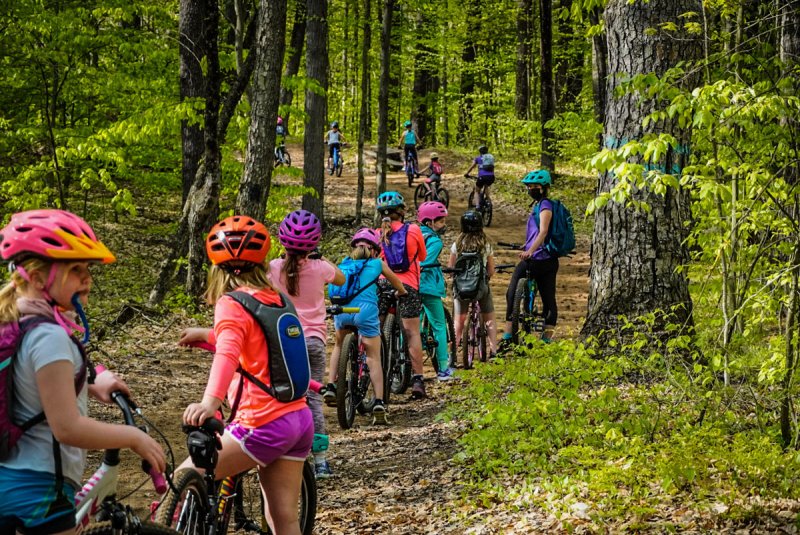 SARATOGA SPRINGS — Saratoga Shredders, a local youth mountain bike club, has kicked off their fundraising efforts to build a bike park in Saratoga Springs. Plans have been in the works for a 2-2.5-acre park that will allow bikers of all skills and abilities to use when they want. The idea is for the park to be weather resistant, allowing for bikers to safely ride even if the park is wet. Plans have been presented to the city for the bike park to be in downtown Saratoga Springs, allowing riders to bike safely to the park. Currently they are looking to identify the right space for the park, as well as getting local companies to help with the design. The Shredders will spear head the efforts to get the park built, but it will be available to everyone.

Driving these efforts is Saratoga Shredders founder Anna Laloe. Laloe whom started the group wanted to spend more time with her two daughters, but found it to be more than just a mom bonding with her children. Saratoga Shredders is a collective of kids, mostly girls, in kindergarten through twelfth grade. But in asking about the youngest of the kids, Laloe mentioned that as long as your child can ride without training wheels, then they are welcome to join. While it started out as a program for girls to get more involved in the sport, the Saratoga Shredders do have co-ed groups.

What makes this activity fun is kids can do it with their families. The programs available teach kids all kinds of skills from learning how to properly ride a bike on trails, to skills that can be applied to everyday life. In a time when COVID has been prevalent this activity is Department of Health approved and considered a safe activity. The Saratoga Shredders can be found as far South as Albany and as far North as Queensbury, as well as here in Saratoga.

Shredders mountain bike race team is open to all middle and high school boys and girls. They currently have about fifteen kids that compete in each race, and two of the girls are currently in the lead for the Overall Series! Anne-Sophie Laloe is the Series Leader for the sixth-grade girls and Talia Hodgson is the Series Leader for the seventh-grade girls, which includes all of New York State. There are three remaining races in the season, so stay tuned to see how this plays out! You can also attend the race they have coming up in Spa Park on Sunday, June 12.