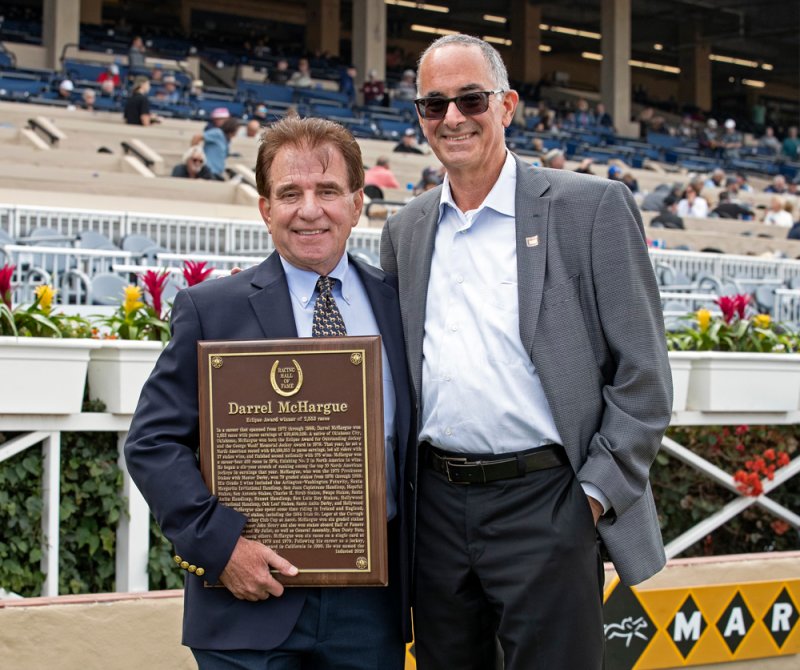 The National Museum of Racing’s Joe Hirsch Media Roll of Honor was established in 2010 to recognize individuals whose careers have been dedicated to, or substantially involved in, writing about thoroughbred racing (non-fiction), and who distinguished themselves as journalists. The criteria has since been expanded to allow the consideration of other forms of media.

Often referred to as the dean of thoroughbred racing writers, Hirsch won both the Eclipse Award for Outstanding Writing and the Lord Derby Award in London from the Horserace Writers and Reporters Association of Great Britain. He also received the Eclipse Award of Merit (1993), the Big Spot of Turfdom Award (1983), The Jockey Club Medal (1989), and was designated as the honored guest at the 1994 Thoroughbred Club of America’s testimonial dinner. The annual Grade 1 Joe Hirsch Turf Classic Invitational at Belmont Park is named in his honor. Hirsch, who died in 2009, was also a former chair of the National Museum of Racing and Halls of Fame Nominating Committee and the founder of the National Turf Writers Association.

For more information about the National Museum of Racing and Hall of Fame, including upcoming events, please visit www.racingmuseum.org or call 518-584-0400.