Reflections on a Racetrack 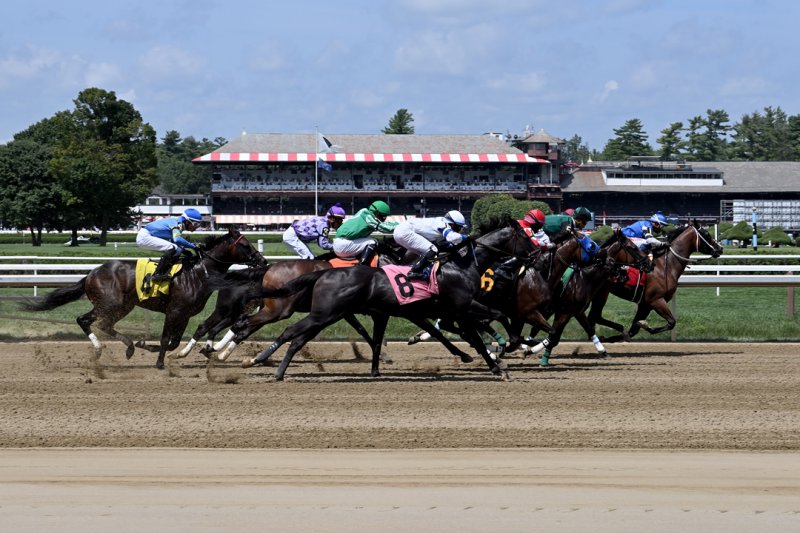 With the books recently closed on the 2021 racing season, I have had some time to reflect on this year’s racing meet.

My thoughts took me back to opening day where after two years of darkness things were back to normaI. It was a cinch that I would make the pilgrimage to the Spa for the opening day festivities. The adrenaline began flowing as my wife Kathi and I prepared to leave for the track. We picked up our great friends John and Joan Brophy and made the familiar drive through the quaint streets of our hometown.  We parked a couple of blocks from the track at the lot of our old pal and handicapper par excellence, Bob Loeffler.

Walking down Wright Street towards the clubhouse entrance, my mind became flooded with memories  of my youth and the events that molded a lifetime love of the “Sport of Kings.”

I remembered walking over to Union Avenue as a kid, not far from my parent’s home on George Street. I looked at the luxury cars lined up in the Reading Room parking lot. I marveled at the Cadillacs, Lincolns, and the ornate Chrysler Imperials of the early sixties. I ran home and asked my dad if we could get a Caddy. He said, “Sure Joe, we’ll get two.” That’s when I realized what wishful thinking meant.

I thought about the Racing Museum. I would go there every Tuesday morning during August. In a room adjacent to the main entrance they showed films of the racing greats of the fifties and early sixties. I watched in awe as Nashua, Swaps, Bold Ruler, Round Table and Kelso came roaring to life on the screen.

They raced at places like Arlington, Hialeah and Hollywood Park. I envisioned that I would someday go to every racetrack in the country. At last count I have made it to at least thirty and still have fallen way short of that goal.

Then the big event of my early life flashed through my mind. It was 1965 and closing day of the four week meet of that era. My mom was preparing lunch when my dad walked into the kitchen. I will never forget his words. He said “Josie, I am taking Joe to the track today.” I was finally going. I remember mom pressing a short sleeve button down shirt and a pair of long pants for my big day. Dad grabbed his season’s pass and the New York Daily News and with that we were off to the races. We headed up Union Avenue and I felt taller than a mountain. We walked by Lenny Smith, one of the colorful newspaper vendors at the main gate. You could hear him barking out loudly “Get your Racing Form and scratch sheet.” My heart was beating a mile a minute as we approached the admission window. Dad handed the pass to the clerk and stuck my head under the turnstile. I was on a racetrack.

We headed towards the end of the grandstand. It was a meeting spot for many of Saratoga’s Italian

Americans. They worked hard all week and Saturday was their day to get together at the track. My Uncle Joe and his many cronies were there. Most were neatly dressed in white short sleeve shirts and black pants. You could see the bullseye of the old Lucky Strike cigarette packs through some of their shirt pockets. All the buzz that day was about one of their own, Saratoga legend Vince DeGregory, a jockey agent who had just landed an up-and-coming star, one Angel Cordero Jr. Vince came from the old neighborhood and his success made them proud of their heritage.

After a few races my dad said “Come with me son. Let’s take a walk.” He took me over to the mainline on the first floor of the grandstand. He said “Joe, I want you to take a look at this.” The lines at the betting windows were enormous. There were hordes of gamblers making their wagers. After the race, dad took me back to the same area. There were only a few people at the cashier windows . It was my dad’s way of letting me know that winning bets come few and far between. “Enjoy horse racing, but don’t think for a second that you can beat the game.” The lesson came hard for me. I chased losers for a good portion of my early adult life. Eventually, his advice sunk in. My father was the smartest man I ever knew.

Finding myself at the Clubhouse Gate, my mind was fluid again. Those memories of sixty years ago had vanished in a second. I was back at the track for the first time in two years. Any thoughts of making big scores were a thing of the past. I was there with friends to have lunch, make a few bets and to enjoy the surroundings. I ran into race goers that I hadn’t seen since the Spa last saw fans in attendance. The porch was abuzz with old friends. Dave Borisenok and his wife Patti were at their usual spot. It’s always been a highlight for me to enjoy a fine cigar on the rail with Dave. I maneuvered over to another familiar table. My pals Dominic and Cheech were there. I interrupted their handicapping session for twenty solid minutes of laughs. Then there was “Ziggy.” He has been a main cog of the Porch Restaurant for over a half century. He has a habit of making your day brighter with his warm and personable greeting. We were all in our element, and nothing compares with it. Enthusiasts of the Turf that I have known for a lifetime made their way to our table. Saratoga was back and so were they.

The meet is over now. I didn’t make it there as often as I would have liked, but when I did, every time was a winner. I don’t mean it in a gambling sense. Saratoga is also about the camaraderie of seeing old friends and witnessing great racing on a world class level. It’s about walking on grounds that are steeped in the history and lore of the sport… and so much more.

Many of us that make the trek up historic Union Avenue have memories of this special place. They differ from one person to another, but you can be sure that mostly they are fond ones. A famous French song affectionately conveys that “Paris will always be Paris.” The same can be said of this grand old sports venue. For all of us, past, present, and future generations to come “Saratoga will always be Saratoga.”

Read 186 times
More in this category: « NYRA and Dunkin’ Present Coffee Donation to Backstretch Employee Service Team John Dellavilla: Athlete of the Week »
back to top