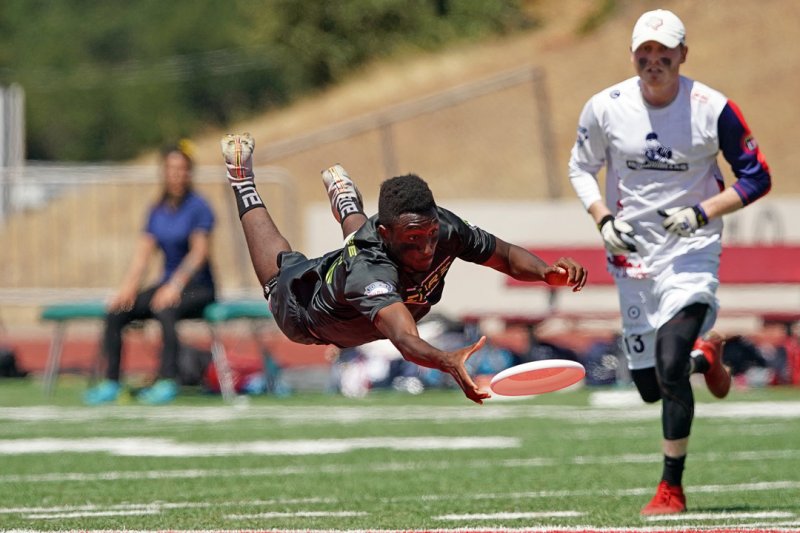 LOS GATOS, CA — The American Ultimate Disc League (AUDL) kicked off their 10th season on June 4. They are diving into digital currency and have some other exciting new announcements as they take the forefront in modernizing the sports entertainment industry.

The AUDL is the only professional Ultimate sports league in North America, with 22 teams in four divisions across the U.S. and Canada. Each team competes in a 12-game regular season schedule, with top teams entering a playoff round and divisional winners advancing to a final four style Championship Weekend.

When Josh Moore founded the league a little over a decade ago, it was centered here in the Northeast, and you could buy a franchise for only $2,500 on Craigslist. It was when Rob Lloyd, current AUDL Chairman, came on board in 2013 and took over the franchising, that the league started growing fast.

“One of our pillars is to become truly global in terms of awareness of the sport,” said AUDL Commissioner and CEO, Steve Hall. Hall has been involved with the AUDL since 2015 when he bought the Charlotte franchise and then joined the board in 2018.

Today, over 5 million people are Ultimate fans. As the AUDL describes it, Ultimate is a “fast, flowing, and highly athletic low-contact sport.” Players advance down a football field, 7 on 7, in an attempt to make a pass into the end zone to score. The sport mixes the techniques of soccer with basketball, as players need a pivot foot because they cannot run with the disc.

AUDL game plays have generated coverage on ESPN’s Sports Center Top 10, Fox Sports, Bleacher Report, and more. You can see highlights on AUDL’s social media, and watch full-length games on Fox Sports 2 every Wednesday night at 6 p.m. or stream them on audl.tv or online at www.theaudl.com.

In a competitive industry, the AUDL is a step ahead of other sports leagues as they embrace online sports betting and digital currency. Not only is the AUDL now on DraftKings, but they have also announced their first collection of Non-Fungible Tokens (NFTs). The AUDL has compiled a digital library of iconic plays made by legendary AUDL players into video-based NFTs called MoMintz, available at www.audlmomintz.com.

“NFTs help players increase their brand, and give them a chance to become brands in modern ways,” said Hall. “It is the digitalization of sports memorabilia.”

More exciting news involves our home team, the New York Empire. Players will start wearing “wearables” – a GPS tracker for sports from STATSports. They will be testing out the Apex Pro Series to calculate their speed, heart rate, etc. during games. The New York Empire were the 2019 Champions, and the team is a top three contender already this season.

“The New York Empire has some of the greatest players, and will be a powerhouse for years to come,” said Hall.

The AUDL will also be coming out with their first console-based Ultimate video game very soon. They are working on the prototype now, and are hoping to get it on the market by Championship Weekend in September 2021.