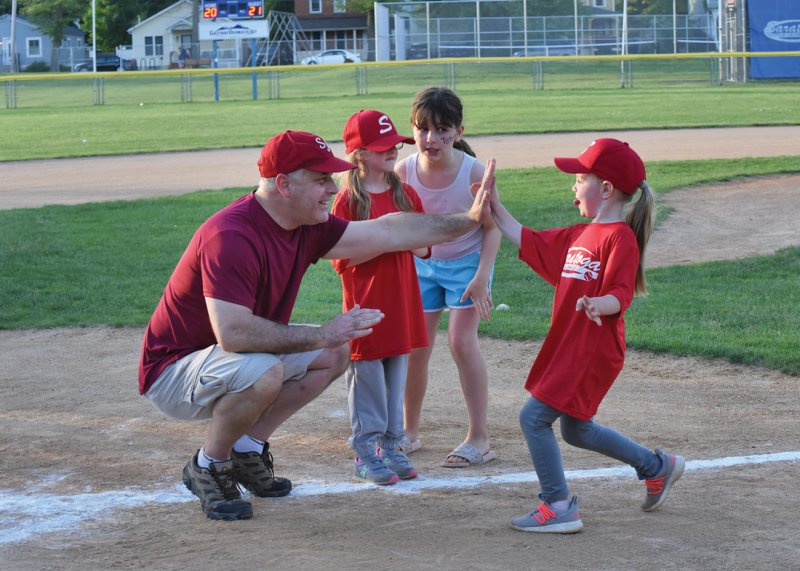 SARATOGA SPRINGS — Saratoga Bridges and SAANYS Challenger Teams took the field this past weekend for an exciting night of “Under the Lights” baseball.

The Challenger Division is a Little League adaptative baseball program that gives players with specialized needs a place to join in and play the game of baseball in the community. The Little League Challenger Division® is a nationally known program established in 1989, and accommodates players ages 4 to 18, or up to 22 if still enrolled in school.

Both Coach Thompson and Coach Hebert have been coaching the Challenger Teams for six years now, and are looking to create a soccer program for the kids in the fall. Robert Kelly, District Coordinator for Special Education for Saratoga Springs City School District, credits Coach Thompson and Coach Hebert with being a major a reason for the success of Saratoga’s Challenger Division.

True to baseball, Challenger Night included a singing of the National Anthem by Challenger players Shaedan Smith, Sean Monahan, and Regan Perella, and a ceremonial first pitch. Regan, along with three other players – John Bulan, Chris Erskin, and Ian Hurlock – received jackets provided by Mrs. Fitzpatrick. Little League players and Majors (12-year-olds who are graduating out of Little League) wore their uniforms and their jackets to join the Challenger Teams on the field during the National Anthem.

Mrs. Fitzpatrick, who was in attendance to hand out the jackets, is the wife of a late Little League sponsor. Along with sponsoring the Fitzpatrick’s Little League Team, she donates personalized jackets to Little League Majors and Challenger players each year.

Several players could be seen getting pumped up before the game. Shaedan said that he was ready to hit home runs, just like players from his favorite team – the Boston Red Sox – do.

“It’s athletic, fun, everyone is kind, and my dad and friend Luke have helped me out a lot,” said Henry Spaeth, about why he likes playing baseball in the Challenger Division – he is in his third year.

In their pre-game interviews, players collectively agreed that offense – hitting and running the bases – is the best part of baseball.

Saratoga Springs Little League’s® adaptive baseball program is in its 6th year and is only one of few in the region. Not only were parents invited to cheer on the players, but so were all of their teachers, teacher aides, therapists, counselors, and other school staff. Derrick Legall, President of the Saratoga Little League, said that this Challenger Night had the biggest crowd turnout yet.

“These kids need an outlet so they can play,” said Legall. “Let’s invest in our kids because they need to succeed – they are the future. West Side is the best side!”

Read 237 times
More in this category: « Off to College: B-Spa Athletes Signed
back to top