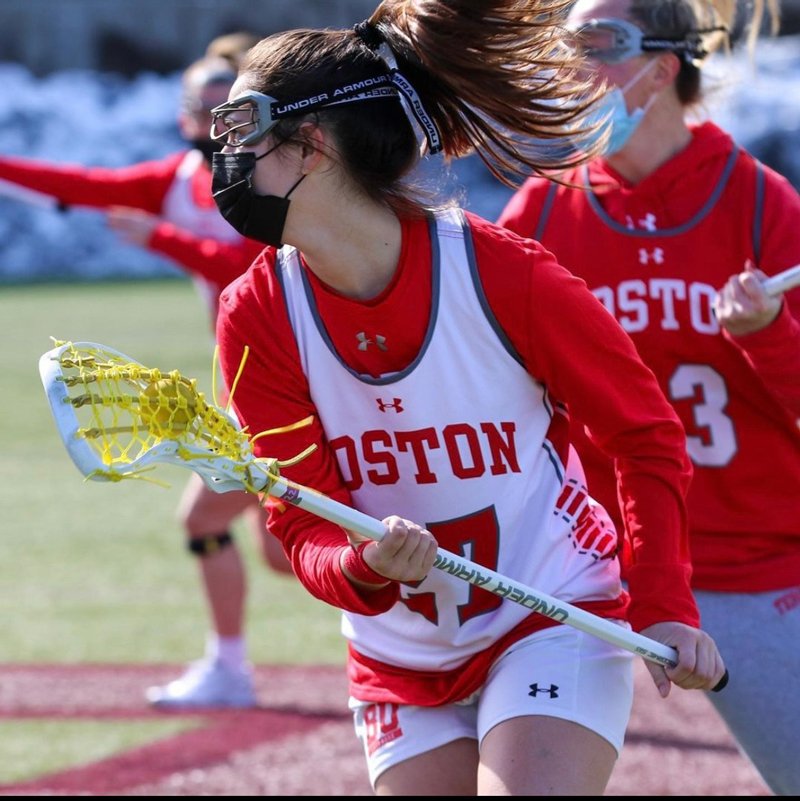 Sylvie’s sport has been lacrosse from a young age. She started playing on the club ADK Lacrosse team (a team made up of girls from all over the 518 area) in fifth grade. She continued to play for that team right through her senior year of high school, simultaneously being a three-year starter on the Saratoga Springs High School Varsity Girls’ Lacrosse Team. She also competed in tennis and did alpine skiing.

Throughout her high school career, Sylvie was also able to dedicate time to her schoolwork. Some of her accolades, as listed on her bio on the Boston University Athletics website (goterriers.com) include: Student-Athlete Leadership Team member, National Honor Society, Scholastic Council Leadership Summit attendee, and NYSPHAA Scholar-Athlete.

Some of her high school athletic accomplishments include being a two-time US Lacrosse School Girls team member, Under Armour All-American Team, and Northstar Invitational Leadership award recipient.

Then, she was recruited by Head Coach Lauren Morton for Boston University.

Originally, Sylvie was being recruited by Coach Morton for Duke University, where she was the head coach of the women’s lacrosse program there until 2018.

Now, Sylvie is an attacker on the Boston University Women’s Lacrosse Team, and one of nine freshmen. She got her first minutes of playing time in their game against Lafyette on Easter Sunday. It was her first time on the field since COVID took away her senior season, and since she had hip surgery in May.

Sylvie plans to major in journalism and minor in business. She says that her transition from high school to college, not just in sports, but in general, was facilitated by the connections she made at Saratoga Springs High School. She recounted meeting people at college who knew people from her high school, and said that going to a big school really prepared her for a big university.

To any high school athlete looking to go on and play sports in college, she gives this advice:

“Keep working hard, and advocate for yourself. When the time is right it will happen, just keep being true to yourself.”

More in this category: « FOX Sports and NYRA Announce Landmark Wagering and Media Rights Agreement
back to top