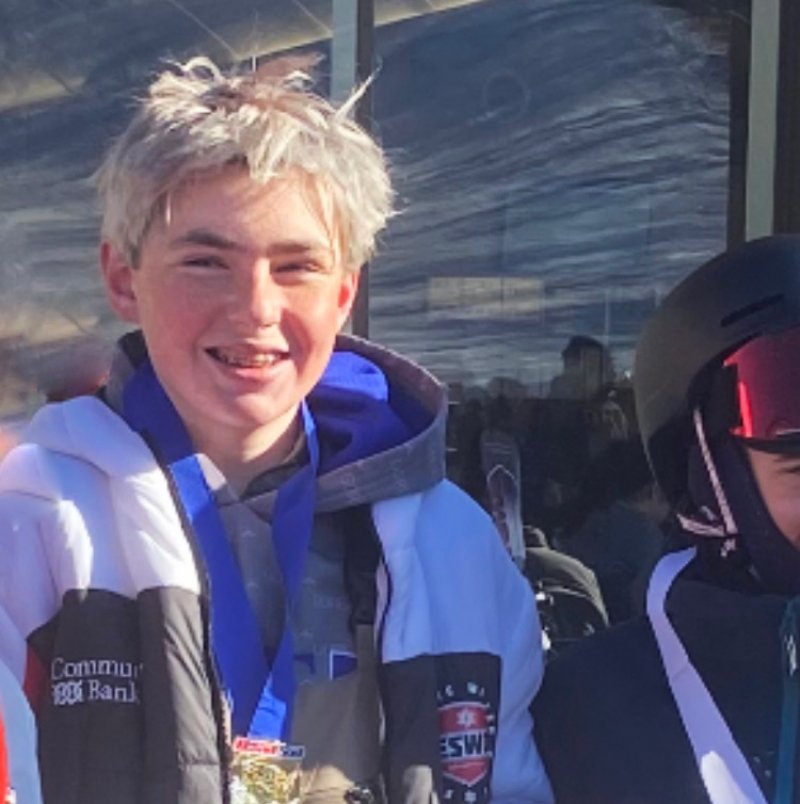 SARATOGA SPRINGS — A local high schooler is a finalist for the first annual Empire State Winter Games Athlete of the Year Award.

Hunter Goodwin is only a freshman at Saratoga Springs High School, but has already accomplished great things in his sport – ski cross.

Ski cross, as he describes it, is a mix of alpine and slope skiing. Four skiers start at the same time and compete on a course of rollers, jumps, and bank turns. Hunter’s mother, Nicole Goodwin, describes it as “roller derby on skis.”

Hunter started skiing around the age of three. His parents introduced it to him, and then put him into the Mountain Adventure program at Gore Mountain. It was after he tried out for the alpine team at West Mountain, that one of his coaches, Matt Lynn, told him about ski cross.

Hunter now trains through the NYSEF (New York Ski Educational Foundation) Freeride Program at Gore Mountain. When he races, he represents the Adirondack Series of the USASA (United States of America Snowboard and Freeski Association). Hunter has already earned three back-to-back gold medals this year in USASA competitions at Gore and Whiteface. In a normal year, without COVID, he would have traveled to places like Vermont and Colorado to compete also.

The first annual Empire State Winter Games (ESWG) Athlete of the Year Award presented by BlueShield of Northeastern New York is their way of honoring winter sport athletes across New York State, in place of their typical event at the end of January. The qualifications are as follows, according to their website (www.empirestatewintergames.com): an athlete who (a) has participated in the Games before, or 2021 would have been their first year competing, and (b) exemplifies sportsmanship, leadership, community service, academic excellence, and overall, what it means to be an Empire State Winter Games Athlete. Coaches, parents, and peer athletes could submit nominations. One finalist is chosen from each sport by the respective ESWG Sport Coordinator. Finalists then submit a video for ESWG to share on social media, where the community will vote. The athlete with the most likes will win Athlete of the Year, announced on March 9.

“It was definitely a surprise,” said Hunter, about being nominated and winning the ski cross category. “I have been going to the Empire State Winter Games, this would have been my third year and the first two years I got gold in ski cross. It’s a cool thing knowing that people nominated me for ski cross, and I didn’t realize it would take me to the overall award.”

Hunter has been able to balance skiing and school easily, doing homework during the week and training on the weekends. For him, training consists of practicing his starts, full tucks, and absorption jumps on the course, or wide turns down the mountain. Hunter mainly focuses on skiing, but he also skateboards and trampolines. Despite all his success already, and at such a young age, Hunter has big goals for the future.

“I want to podium at nationals,” said Hunter. “And, my highest goal is to get to the Olympics.”

We wish you good luck Hunter!

More in this category: « Saratoga Harness Kicks Off 80th Year of Racing Ava Dallas: Athlete of the Week »
back to top