Megan Wishart: Athlete of the Week 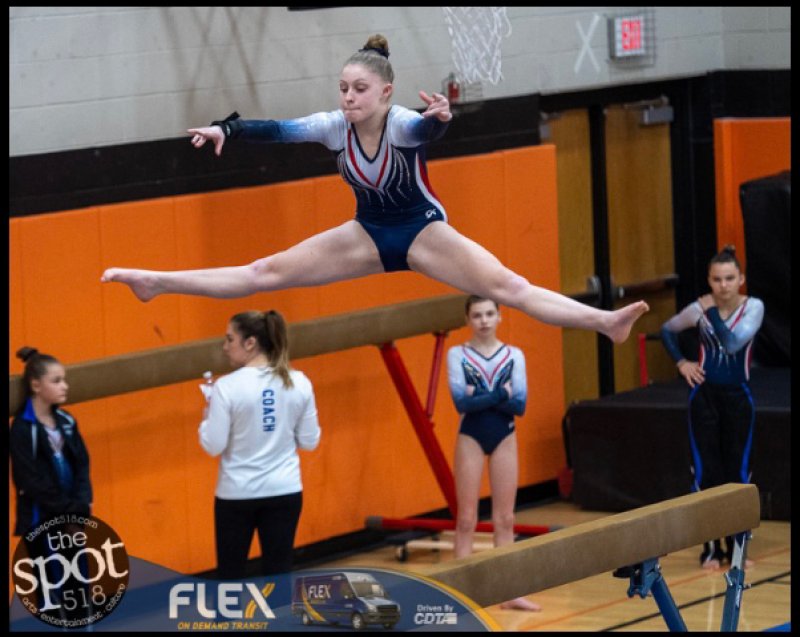 SARATOGA SPRINGS — Megan Wishart is a Senior at Saratoga Springs High School. On the varsity gymnastics team for six years (longer than anyone else currently on the team), her extensive experience has proven to be a valuable asset.

“Because I’ve been on the team since seventh grade, I do have experience with the schools, coaches, and the gyms, and I try to pass that knowledge on to the team,” said Wishart.

Megan has achieved some of the Blue Streaks’ top scores in numerous events and qualified for State competition during both her freshman and sophomore year, even after undergoing wrist surgery.

A reliable friend and leader, she was named the team’s off-season captain for three years and served as co-captain for the last two.

“She’s a hard worker whose main goal is to assist and support her team in the best way that she can,” said teammate Sophia Damiano about why she nominated Megan to be Saratoga TODAY’s Athlete of the Week.

“Anyone on the team knows I’m someone they can talk to and that they can always come see me if they need anything. If they are having any issues or trying to improve certain skills, I try to pass on tips, tricks and motivation that I think might help,” she said.

Megan balances her responsibilities to the team with a high level of academic achievement and a part-time job.

With her family residing in Scotland, Megan is, above all, grateful for the opportunity to have spent the last six years growing up with the support of her friends around her and is thankful for the time she’s spent out there on the mats with them.