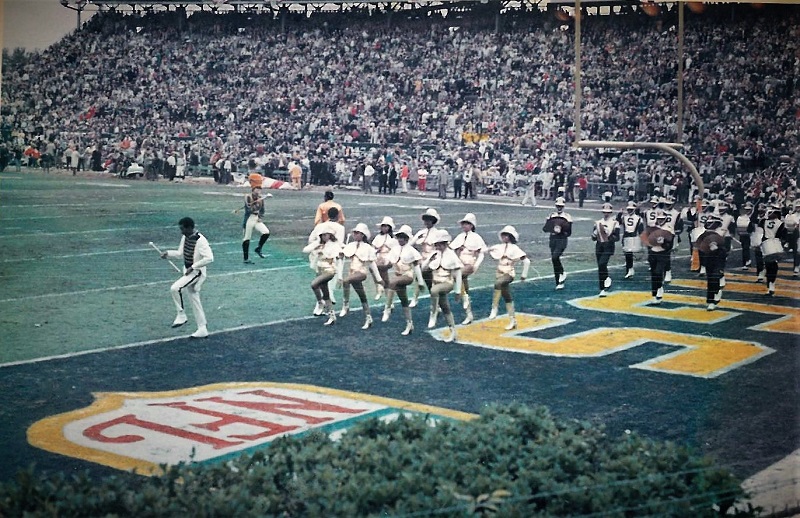 SARATOGA SPRINGS — It was the second Sunday of the new decade, and Tulane Stadium in New Orleans was filled with more than 80,000 people. Jack Casson was one of them.

“There were about 12 of us, all ad agency people,” recalls Casson, of that Super Bowl IV week a half-century ago.

“The year before we all went down to Miami for Super Bowl III when Joe Namath and the Jets won,” he says. “In New Orleans we went down about a week before the game to play some golf, but the weather was just terrible. It got up to 60 degrees for gametime, but that was the highest reading we had for the whole week.”

By the time it was over that January day in 1970, the Chiefs had upset the Vikings by the score of 23–7.  It was the last Super Bowl that matched the AFL against the NFL – the two leagues merged into one at the conclusion of the game – and marked the last time the Chiefs appeared in the Super Bowl. That 50-year string will come to an end this Sunday, when the Chiefs will face the San Francisco 49ers.

Casson settled in Saratoga in 1972. He grew up in New York City and in the late ‘60s worked for the Estee Lauder company. “I procured their promotional printing, mailings the stores like Saks Fifth Avenue and Bonwit Teller would do. Everything with Estee Lauder was high-end.”

While Super Bowl IV was memorable because of the Kansas City Chiefs upset, there was also a segment of the half-time activities that particularly stands out in Casson’s mind, attended the game with a dozen of his industry friends, one of whom had brought along a camera.

Newspaper reports of the day document a “bizarre” military reenactment with booming cannons and thick blankets of smoke filing the air. There were marching bands. There was an on-field Mardi Gras parade. But, Casson and his friends captured something apparently out of the TV broadcast eye.

"At halftime there was this big gondola with a Viking in it. It was kind of tied down but got loose when the wind took it. We saw it come right across (the endzone), right to our side, where we were like 8 or 10 rows up,” Casson says. “It got all tangled up. Some people got hurt. And several people were taken off in stretchers. I don’t know to what extent their injuries were..."

The price of his ticket: “Twenty dollars! Now? forget it,” he says. Sports Illustrated reported this week that the average ticket for Super Bowl LIV is going for $6,390.

“See, back then everybody could afford it. You didn’t have to be a big money-maker. The expense would be flying there, or getting transportation,” Casson says.

“I used to know a number of the (New York football) Giants in the ‘60s. Back then they had second jobs. Dick Lynch was the cornerback and he worked for an outfit out on Long Island. They were promotional printers and I used to do some business with Dick in the off-season. Another player was Andy Robustelli - he was defensive end and an All-Pro, and he worked for the Fugazi Travel Agency in Manhattan. When he retired, he opened up his own travel agency out in Stamford, Connecticut where he lived. And Alex Webster, he coached the Giants and before that he was a fullback, he worked for an outfit that made printing plates for the printing industry. So, they all did that. We’d sit around a table at a restaurant in a private room and ask him questions about the game,” he says.

“Baseball was the same way. In the ‘50s, the teams would play doubleheaders on Sundays, so I would get on the subway, get off at River (Avenue), come up and there was Yankee Stadium,” Casson recalls. “I’d go in and sit in the right-center field bleachers. The ticket was 60 cents.  I mean, can you imagine?”

Login to post comments
More in this category: « Saratoga Basketball Senior Night Athlete of the Week: Charlie DiDonato »
back to top