Athlete of the Week: Joe Amodio 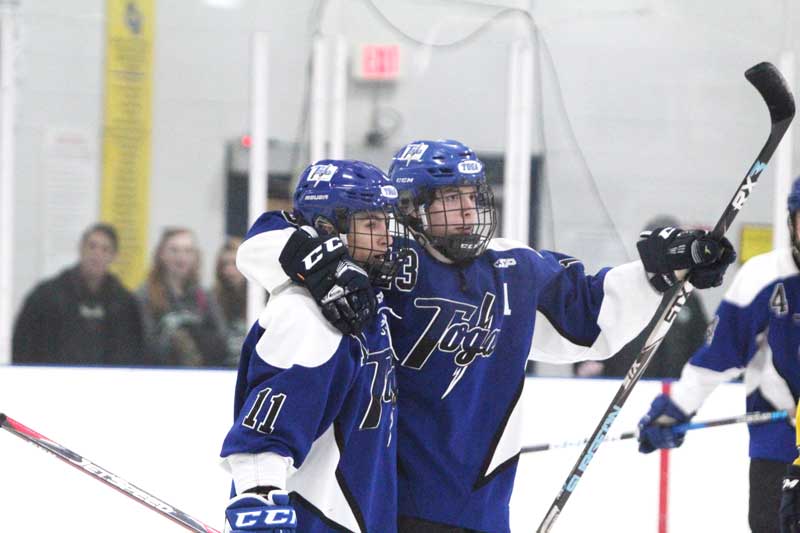 SARATOGA SPRINGS — “First of all, be a good teammate. Try to do anything that helps the team, then the teammate, then yourself. Team first. That’s something to go by,” Joe Amodio, a senior ice hockey player at Saratoga Springs High School said.

Amodio has been playing ice hockey since he was nine after playing soccer and baseball before that.

“My dad was always a big Rangers fan, so I just gravitate towards the sport. Eventually, it took over as my number one and it’s all I ever do now,” Amodio explained.

Amodio is an assistant captain for the varsity team and plays center, wing, and “whatever coach tells me to.” Mostly, he plays forward.

Amodio takes his leadership position on the team, and in life, seriously. He is the oldest of five; he has four younger sisters that range from age 15 to six months.

“Being a leader is something that is hard to teach, it’s hard to learn. It is developed over time. I’ve had a lot of good mentors, former captains, coaches, my parents are really involved with me. I have a really big family that taught me a lot about being a leader by example and what it really takes to be a leader,” Amodio said.

The two older sisters also play hockey and he thinks the two younger girls will also.

On the ice, Amodio is there to score and set his teammates up for success. He stresses being prepared for whatever the game throws at them.

“At the end of the day, you’re trying to put the winning effort out there,” he said matter of factly.

Amodio knows the team’s record this season so far but he really doesn’t think it shows how good of a team they are.

“Overall, the boys are going really well, we’re very happy and working hard every day at practice to get better,” he explained.

Amodio also plays travel hockey before and after the high school season, as well as participating in camps. He has been accepted into multiple colleges, including Sienna, which is his top choice, but he hasn’t made a decision yet. He wants to go for accounting and become a CPA, following in his dad, Charles’, footsteps. He has a girlfriend of a year and a half, Shannon Thomas. He is also proud to call Kimberly DeMarco-Amodio his mom. DeMarco-Amodio was a student at Saratoga Springs also and was an All-American player for soccer and lacrosse.

His advice to anyone thinking about trying ice hockey is “just get out there and have fun!”

We look forward to seeing how your season pans out, Joe!

More in this category: « Little Athletes of Saratoga County Athlete of the Week: Ava Dallas »
back to top