Sarah Rule: Athlete of the Week 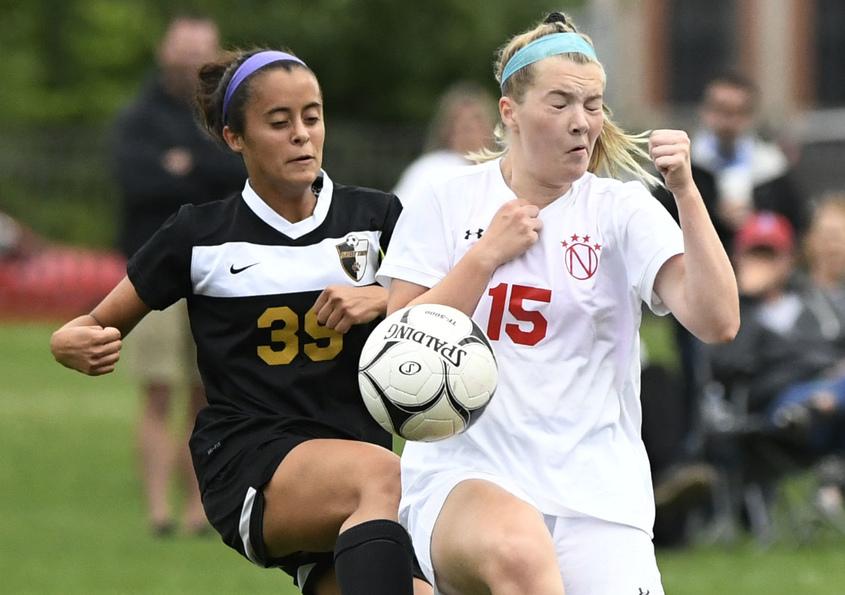 Rule was only three years old when she first played soccer, following in the footsteps of her older sister.

“I watched her play as a young child. I learned that that was what I wanted to do,” said Rule. “I wanted to play this sport and I loved having a ball at my feet and I think that watching her was my biggest influence.”

Before making the varsity soccer team at Ballston Spa High School, Rule began playing on a club team, and 13 years later, she continues to play for the Ballston Spa Strikers.

While Rule was inspired to start playing soccer from watching her older sister, the current World Cup Champion team – the U.S. Women’s National team, is what Rule says is a prime example of an excellent team dynamic she aspires to have with her teams.

“I think that the best thing about soccer is the ability to bond with my team,” said Rule. “Our club team - the team that I started out on was the team that I’ve been with for 13 years so, having them with me my whole entire life, being able to see them every day after school and just motivating each other and getting to know one another and keeping that team chemistry for 13 years is something that keeps me going for sure.”

From soccer parents to her fellow teammates, Rule is described as a reliable teammate and someone who is always willing to make her teammates, coaches and their family members feel included and supportive both on and off the field.

During pre-season, each player on the girls’ varsity soccer team is required to run the mile in seven minutes or less.  This task was a challenge for Rule her first year. Since then, Rule assures that she will accompany any of her teammates who are still running during this pre-season task after she completes her mile.
“I probably ended up running the mile 7 times in pre-season because someone who had to run the mile again, I wouldn’t let them run alone. That’s my motto, to not let someone walk alone,” said Rule.

Rule may be considered a prominent part of her team’s support system, but Rule says she would not be able to deliver if it weren’t for her dedicated support system which includes her teammates, her coach, his family, and her parents.
“They’ve done everything for me. They’ve given me every opportunity,” said Rule. “They’re always there when I need them on the days that I come home and I’m crying, they’re there for me the days that I’m feeling happy, feeling confident, successful — they’re there for me.”

Early into her senior year, Rule’s plans are up in the air. But she is hopeful to attend college and continue to play sports at a collegiate level.
Read 1556 times

More in this category: « Rachel McDonald: Athlete of the Week Schuylerville Girls Varsity Soccer Weathers the Storm »
back to top