David Cassidy Band Returns to Stage in Fundraiser for TRF 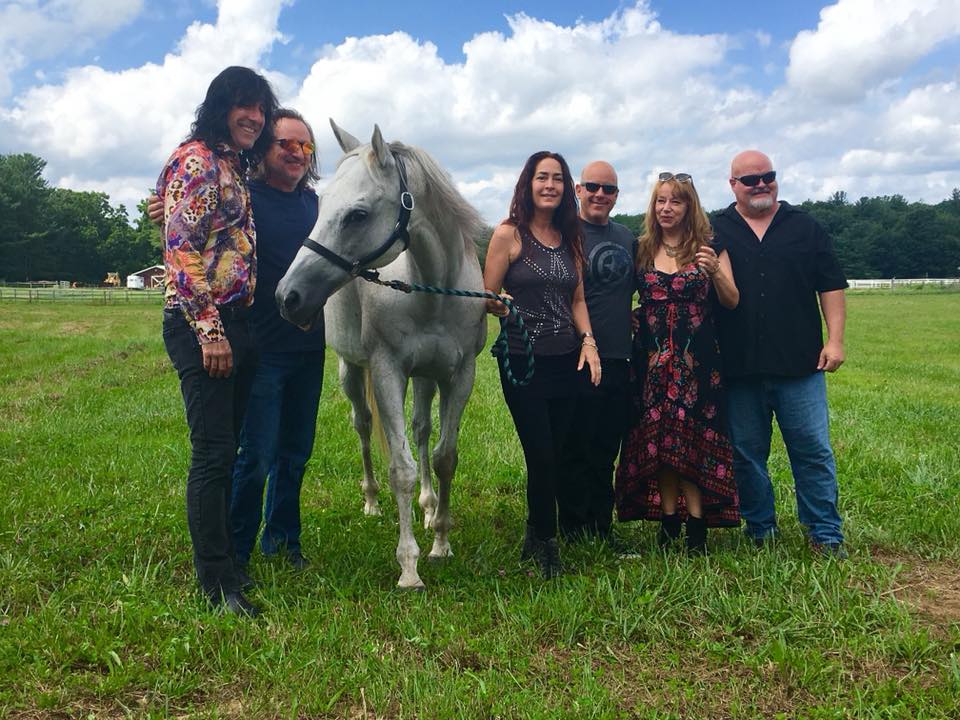 SARATOGA SPRINGS - The David Cassidy Band returned to the stage this week to perform their first concert since the death of the singer last November. They chose to stage the show in Saratoga Springs, a place the singer himself had maintained was his favorite in the world.

The special tribute concert to honor Cassidy also acted as a benefit for the Thoroughbred Retirement Foundation, an organization and cause close to Cassidy’s heart.

The six-member band gathered in Saratoga Tuesday morning and toured the TRF farm, located on Route 29, where they spent time with Bold Mon and Rock D.J. - two of the farm’s retired horses - in advance of that night’s show at Putnam Place.

The band’s 18-song set featured standard’s from Cassidy’s Partridge Family era – including  "I Can Hear Your Heartbeat," "Point Me in the Direction of Albuquerque," "I'll Meet You Halfway," and "I Woke Up In Love This Morning" – a nod to David Cassidy’s solo work (“Cherish”), and a slew of cover renditions that featured Robert Johnson’s “Crossroads,” The Beatles’ “In My Life,”  The Pretenders’ “Brass in Pocket” – with drummer Teri Coté stepping up to lead mic – and a pair of back-to-back tunes popularized by the Monkees: “Daydream Believer,” and “I’m A Believer.”

Dr. Jerry Bilinski, and Gary Contessa – two close friends of Cassidy in the horse racing industry – each took a turn at the mic. “I miss him a lot, just sitting on the porch with a cigar and talking,” recalled Bilinski, before singing a few bars of “I Think I Love You.”

Contessa said he first met Cassidy at a Fasig Tipton horse sale 23 years ago and was amazed by the singer’s knowledge of horses. “He was a rock star who wanted to be a horse trainer.” Contessa then reversed that role when he donned a bass and joined the band for a blues jam.

The six-piece band featured Teri Coté (drums); Craig Snider (keyboards/vocals); Dave Robicheau (guitar/vocals); Matt Sullivan (guitar/vocals); Vance Brescia (guitar/vocals) and Darrell Craig Harris (bass/vocals). They performed admirably and provided a good time for many of the 250 or so in attendance, many of whom moved together across the dance floor, or released emotions in the way of pent-up tears. Some did both.

“This is the first time we got together and it’s a real blending of his past,” offered Craig Snider, during an interview prior to the show. “Sully (Matt Sullivan) was his guitar player before the current fellah, who wasn’t able to make it. Vance (Brescia) has been a friend of the band’s and David’s for a long time. He’s Peter Noone’s music director and a great singer. When we did the Idol Tour – which was David Cassidy, Mickey Dolenz, Peter Noone – we were the house band,” Snider explained. “So, when we thought: OK, who’s going to sing the body of these songs… Vance is a lead singer! I’m a good singer and Sully is a good singer as well, so in essence what we have are three lead singers filling in for what we had with one,” he said with a laugh. “Three divas, for the price of one.”

The rehearsal prior to the show was somewhat surreal, Snider said. “It was trippy because in my head I still hear David. It’s hard to verbalize, but when we started doing those songs, even though someone else is singing, physical memory is like musical memory so I was at times still hearing him, and kind of flipping back-and-forth.”

The event included auction items, and a meet-and-greet the band opportunity. Local artist David Hill painted a horse using the band’s live performance as inspiration. The completed painting was to be auctioned off as well.

“There’s a common thread we share, and that thread is David Cassidy. We had him come out of the TV screen and into our living rooms,” event organizer Linda de Ambrosio neatly summed up.

The TRF is a nonprofit organization dedicated to saving Thoroughbred horses no longer able to compete on the racetrack from possible neglect, abuse, and slaughter. The organization said details regarding the amount of money raised during the concert will be announced next week.

More in this category: « Live at Caffé Lena: Melanie Plays to a Full House New Branding for Spa City’s UPH »
back to top