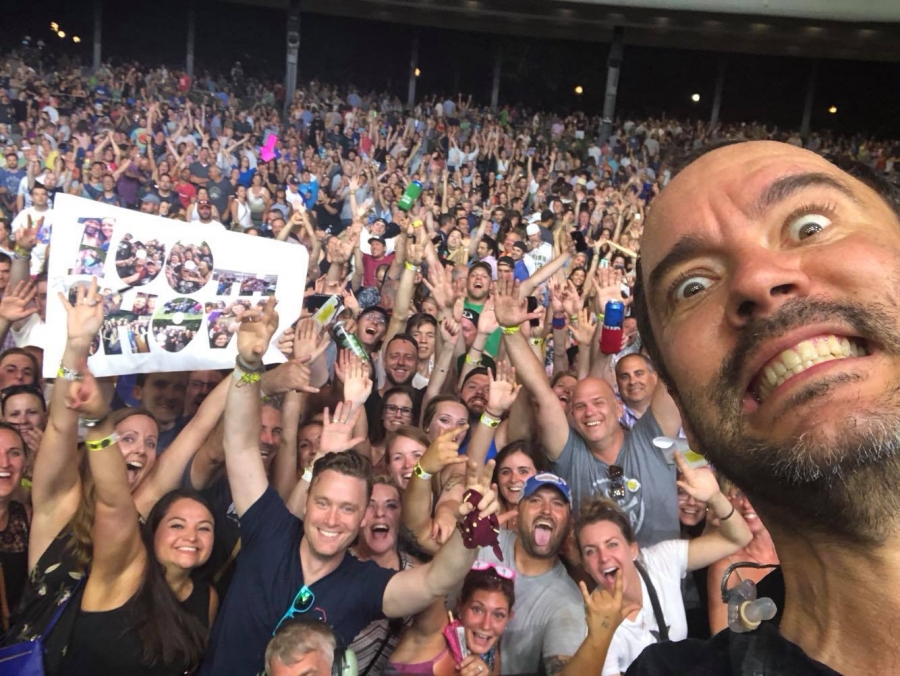 SARATOGA SPRINGS — A rhythmic sweetness was in the air this past weekend at Saratoga Performing Arts Center as it filled with Dave Matthews Band’s flock of fire-dancing fans; big-eyed smiles, colorful fabrics and all. More of a community of music travelers than an audience, the crowd is vibrant; and it is important to mention because the atmosphere of a concert affects your experience just as much as the music. There are friends, families, partners, and kids on their parents’ shoulders amongst the tall pines. In this beautiful park under the stars, both locals and out-of-towners dance and sang the night away as DMB debuted their new album, “Come Tomorrow.”

Playing both Friday, July 13 and Saturday, July 14 Dave Matthews Band’s set list ranged from new to old. On Friday night DMB played songs including their new hit “Samurai Cop (Oh Joy Begin)” and “Can’t Stop” as well as old favorites such as “Stay or Leave” and “The Warehouse.”

This performance was interesting because violinist, Boyd Tinsley, who has been with the band since conception in 1992 recently left. Because of his absence, Tinsley’s role was distributed between saxophonist, Jeff Coffin, trumpet player, Rashawn Ross and a new addition to the band, Buddy Strong on keyboard. If you’re a fan you will know what I mean when I say certain jams were different not having the presence of Tinsely’s violin plucks and back-up vocals. The band’s sound and dynamic, however, did not change. Coffin and Ross’s roles grew on stage taking more dominant parts in jam solos and Ross singing backup vocals in Tinsley’s stead. Original members Stefan Lessard on bass and Carter Beauford on drums also had great performances, both smiling and having fun.

All the band members just look happy to be there, enjoying themselves and the audience. At one moment, Dave took a selfie with a woman’s phone from front row pit with the crowd. He also signed a onesie another woman was holding that had the DMB fire dancer emblem and lyrics “Oh Joy Begin” printed on it.

Towards the end of the show Dave usually introduces each band member, giving them a little window to solo. Saturday, he made a mistake and comically changed all the band members last name to Miller, concluding at the end “…and I’m Bubba Miller.”

Jumping back to Friday, we must take a moment to address the encore of the show. It began with “Some Devil” off Dave Matthews’ solo album and was played by just Dave and Tim, a side act of Dave Matthews and guitarist Tim Reynolds. The stage went black besides two lights, the one center stage above Dave. Melodic and mellow they lured the crowd in with the song’s crescendo. Paused for the rest of the band to rejoin. Then jammed right into “Pig.” The two songs are so aesthetically different that the crowd went wild. It looked as if the show was over. Another pause. And a playful hint of a Tool bass-lick from Stefan before exploding into “Don’t Drink the Water.” The audience was howling, arms in the air.

DMB gave us it all: the new, the old, the slow jams, the scats, the thunderous drum solos, infectious smiles and just an overall good time. If you have been to a Dave weekend at SPAC, you know that attending is not just a concert or a show, it’s a communal music experience.