The ensemble, perhaps best known for their role in the 2015 film “Song of Lahore,” was created by Pakistani investor and philanthropist Izzat Majeed. The “music-mad millionaire” – as a 2014 NPR interview referred to him – joined the Lahore-based group onstage for a curtain call.

The eight-piece ensemble, making their debut U.S. tour, performed a 70-minute set, re-imagining western based crowd-pleasers such as Ben E. King’s “Stand by Me,” Henry Mancini’s “Pink Panther Theme,” and the jazz standard “Take Five” – first and most famously performed by the Dave Brubeck Quartet more than a half-century ago. A rendition of French composer Michel Legrand’s “Windmills of Your Mind” was emotionally stirring.

But it was the band’s own personal creations, imbued with syncopated dives, synchronous ascensions and a melodic sweetness that best ratcheted-up the sonic intensity.  "Taxali Gate" – written about one of the gates of the old medieval Walled City of Lahore, and “Shalimar,” inspired by the garden complex located in the Pakistan metropolis known as the city of gardens, were the best of these.

Khan’s tabla playing was collaboratively paired with the player of a double-headed hand-drum – called a dholak; the duo’s percussive resonance augmented by the bow-ing of a violin, the tinklings of a grand piano, and the gentle pluckings of a sunburst Gibson Les Paul.

Well-placed accents were delivered by the multi-layered string arrangements of a sarangi - a small, box-shaped string instrument bowed with one hand and noted by fingers across the fret-board with the other. A flutist provided melodic accompaniment, occasionally infiltrated with short tonal flares reminiscent of the stylings of Roland Kirk - all of it held together by the foundation-clang of the beat-keeping bells.

Greeted warmly by a large audience inside the theater the ensemble’s performance was a poignant reminder, for those who may have forgotten, of the collective power of music to erase geographic borders, melt cultural differences and served to transcend the musicians’ struggle to keep music alive under the auspices of a conservative Islamic regime in their native Pakistan, where music of a non-religious nature is discouraged. 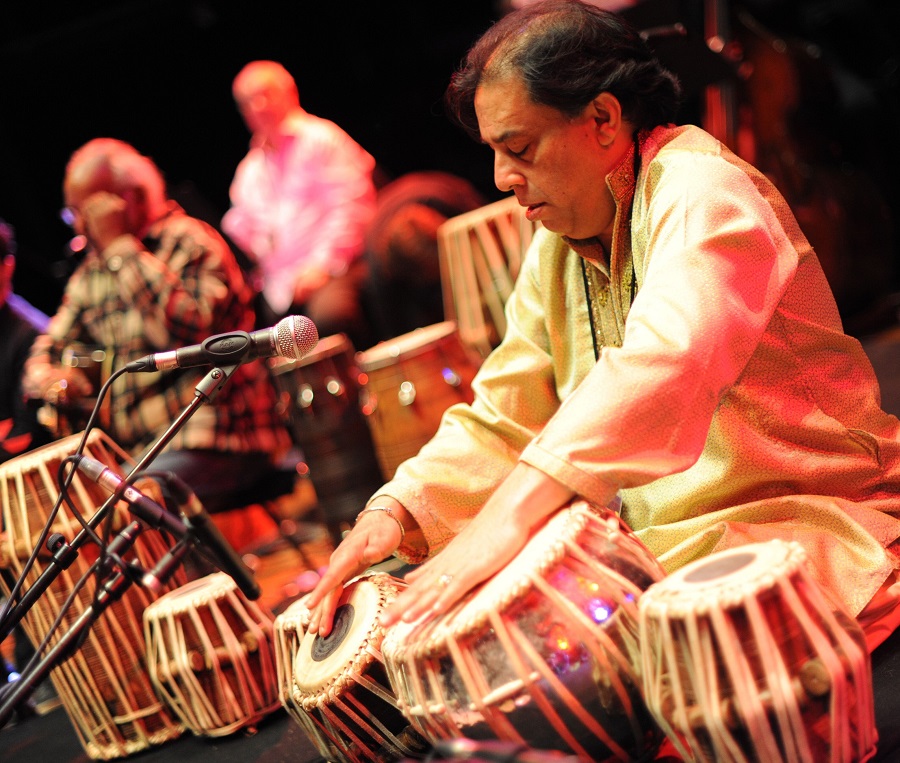