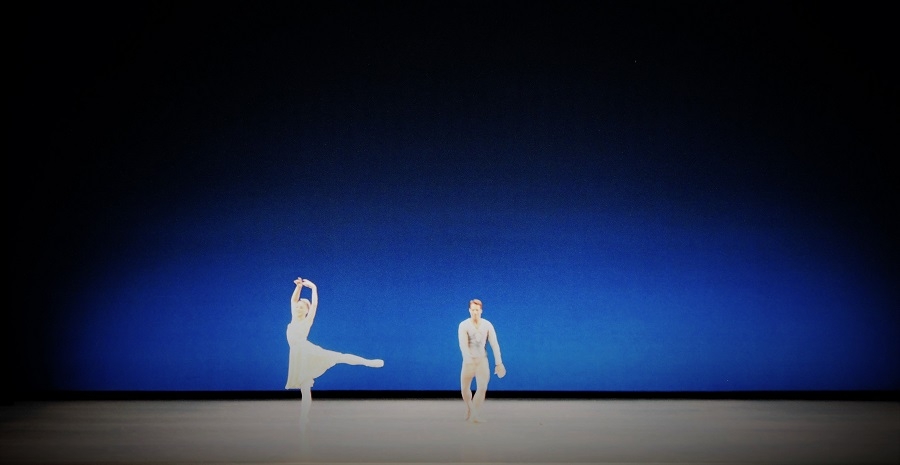 SARATOGA SPRINGS – It was a year of new things for the most part at the Saratoga Performing Arts Center, Elizabeth Sobol’s first at the helm of the organization, initiating partnerships with arts-based collaborators in the region, introducing a series of inaugural concert events, and reviving long-dormant pieces of the organization’s past. And more changes are on the way.

At its Oct. 12 meeting, SPAC’s Board of Directors voted to condense the New York City Ballet season to seven performances, down from its 11-day residency in each of the past three seasons - which featured 12 to 14 performances during that period. The 2018 NYCB season will more closely align with 2013 and 2014 models.

“The Board felt that taking on another $1 million-plus shortfall on the New York City Ballet residency, was not prudent,” explained SPAC’s president and CEO.

“A big thrust of our efforts will be towards converting one-time buyers to multiple-performance buyers.  Consolidating the audiences into one week will help with that,” Sobol said. “Historically, when we reduce the number of performances, nightly attendance numbers go up.  Having fuller houses and the increased energy and excitement which accompanies that helps create more demand for tickets.”

Much as was done in prior years – the National Ballet of China visited the venue in 2015 and the Martha Graham Dance Company and the Bolshoi Ballet staged shows the previous summer - the NYCB dance season will be augmented by additional performances by an international dance company, not yet revealed. Discussions are currently being held with the National Ballet of Cuba for multiple performances in the summer of 2018.

“SPAC certainly remains committed to the residency and our long-term partnership with NYCB,” Sobol said. “Looking ahead to 2018, we will be working to harness that new energy and focus marketing on driving these new audiences to our resident companies. I am hopeful that with this renewed emphasis, we will be able to return to the extended New York City Ballet season in the future.”

SPAC is projected to finish the 2017 fiscal year operationally breaking even. Audience attendance at 2017 classical season performances reached projected levels. The Philadelphia Orchestra is scheduled to return for 12 performances, from Aug. 1 – 18, and the Chamber Music Society of Lincoln Center will perform at the Spa Little Theatre Aug. 5- 21.

The 2017 Season featured a partnership with Caffè Lena that presented a monthly series of free concerts atop SPAC’s new Charles R. Wood Gazebo stage, as well as a trio of sold-out SPAC at Caffè Lena shows during the spring.

A “Live at the Jazz Bar” series was initiated in the Hall of Springs – and brought 300 to 400 people to each of the seven events to hear live jazz following performances by the ballet and orchestra.

SPAC on Stage, Live at the Jazz Bar and the Caffè Lena at SPAC series will all be back for the 2018 season.

In 2017, SPAC’s free education programs reached more than 15,000 young individuals, offered more than 125 classes, presentations, performances, and events, and partnered with more than 70 schools and non-profit organizations across the greater Capital Region.

In the near future, the organization anticipates launching a new user-friendly website, and in December will initiate a pilot program with the Decoda Chamber Ensemble. The group, the first affiliate ensemble of Carnegie Hall, will include a weeklong artist-in-residency for students at the Saratoga Independent School (SIS).  A full chamber program will be staged Dec. 15 at the Bethesda Church in downtown Saratoga Springs.

Upcoming SPAC events include a lecture luncheon featuring a discussion titled the “Fascinating Life of Katrina Trask,” at 9:30 a.m. Oct. 26 at SPAC’s Spa Little Theatre; The Sachal Ensemble musicians - known for their extraordinary journey from Lahore to Lincoln Center featured in the “Song of Lahore” film -  live and on stage at the Little Theater 7 p.m. Oct. 30, (preceded by two screenings of the film at 3:30 p.m. and 7 p.m. ay Bow Tie Criterion Cinemas a day earlier),  and a pair of Nutcracker Teas in the Hall of Springs on Nov. 19 at 11 a.m. and 3 p.m. For ticket information, go to: spac.org.

More in this category: « Neighbors: Snippets of Life From Your Community Pakistan Ensemble Weaves East and West at Saratoga Debut »
back to top