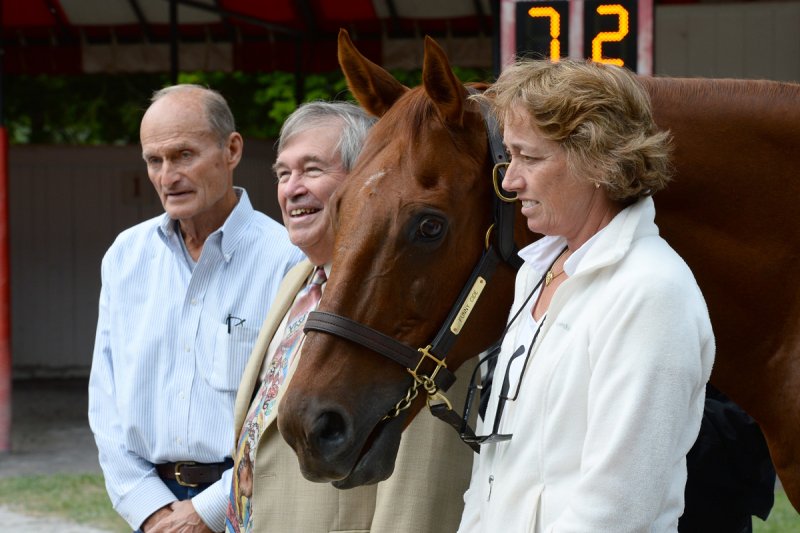 Sackatoga Stable operating manager Jack Knowlton will be the featured speaker on Aug. 16 at the Saratoga-Wilton Elks Lodge where he will talk of his adventures and take part in a Q&A session.

The event – presented by Second Chance Sports and The Learning League, will be held to raise funds and awareness  for creative programs, engineering, therapies and equipment for autism and PTSD rehabilitative medicine.

“I’ve worked with them before and I’m willing to help out and talk to people who might be interested in what I have to say,” says Knowlton, who has been the Operating Manager of Sackatoga Stable since the mid-1990s. He has served as the racing manager for dozens of racehorses - including 2003 Kentucky Derby and Preakness winner Funny Cide as well a multiple Grade 1 Winner Tiz the Law - victorious in The Champagne, Florida Derby and Belmont Stakes, and a second-place finisher in the 2020 Kentucky Derby.

Ask him what people most are interested in when he speaks and the answer is obvious.

“Believe it or not, even though Tiz the Law is more recent, it’s Funny Cide,” Knowlton says.

“Funny Cide captured the imagination of this whole area for sure and a large part of the country when he made his run for the Triple Crown. Fortunately, he was able to race another four years and also have some success doing that,” says Knowlton, who has also served as a member of the NTRA Jockey Insurance Working Group, on the Ad Hoc Committee on the Future of Racing in New York State and on New York State’s Task Force on Retired Race Horses. He also played a leadership role in assisting the New York State Gaming Commission in organizing Aftercare Summits in Saratoga Springs in 2015 and 2016.

Funny Cide has been at the Kentucky Horse Park’s Hall of Champions since 2008, and next year marks the 20th anniversary of Funny Cide’s most special year.

“Talking about it, it never gets old. Winning the Kentucky Derby is what everybody who has ever been involved or ever will be involved in thoroughbred racing wants to do. You want to go to the derby, you want to own a horse, you want to win the derby,” says Knowlton, who is hoping for a good run with  some of the stable’s horses in this summer’s meet.

“You know,  a little stable like us with only New York breds to run in the Kentucky Derby twice  - and then to win it once…”