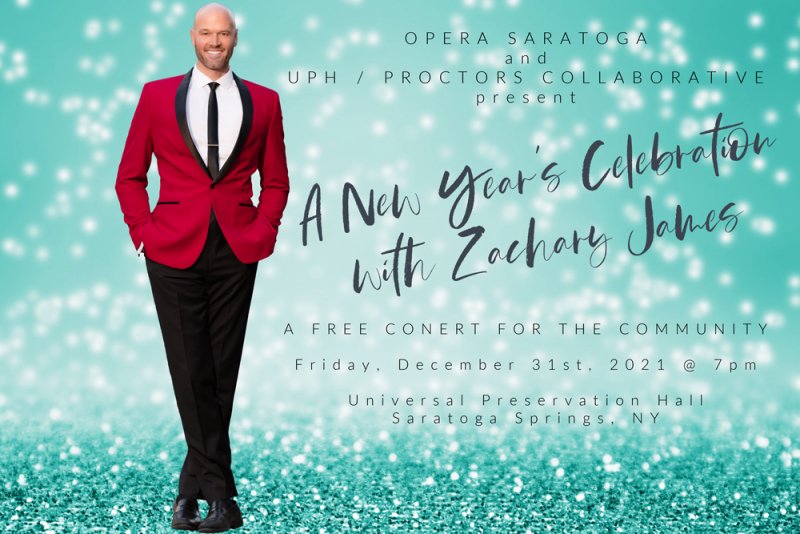 Opera Saratoga has announced the company will stage a live free concert at Universal Preservation Hall on New Year’s Eve.

The show features opera star Zachary James with pianist Laurie Rogers and will place at 7 p.m. on Friday, Dec. 31. The presentation will include a variety of popular, Broadway, and classical favorites.

Rogers has served as associate conductor with LA Opera and has prepared productions for San Francisco Opera, Houston Grand Opera, Dallas Opera, among others.

Tickets are free, but seating is limited, and advance reservations are highly recommended.

They are available online at www.operasaratoga.org or www.universalpreservationhall.org. All attendees will be required to show proof of full vaccination against COVID-19 to enter UPH and must remain masked at all times in the venue, which is located on Washington Street, downtown Saratoga Springs.

Opera Saratoga, formerly known as Lake George Opera, began with a production of Die Fledermaus at the Diamond Point Theatre on July 5, 1962. The company now calls Saratoga Springs home and performs for more than 25,000 people annually.