To Hollywood and Back 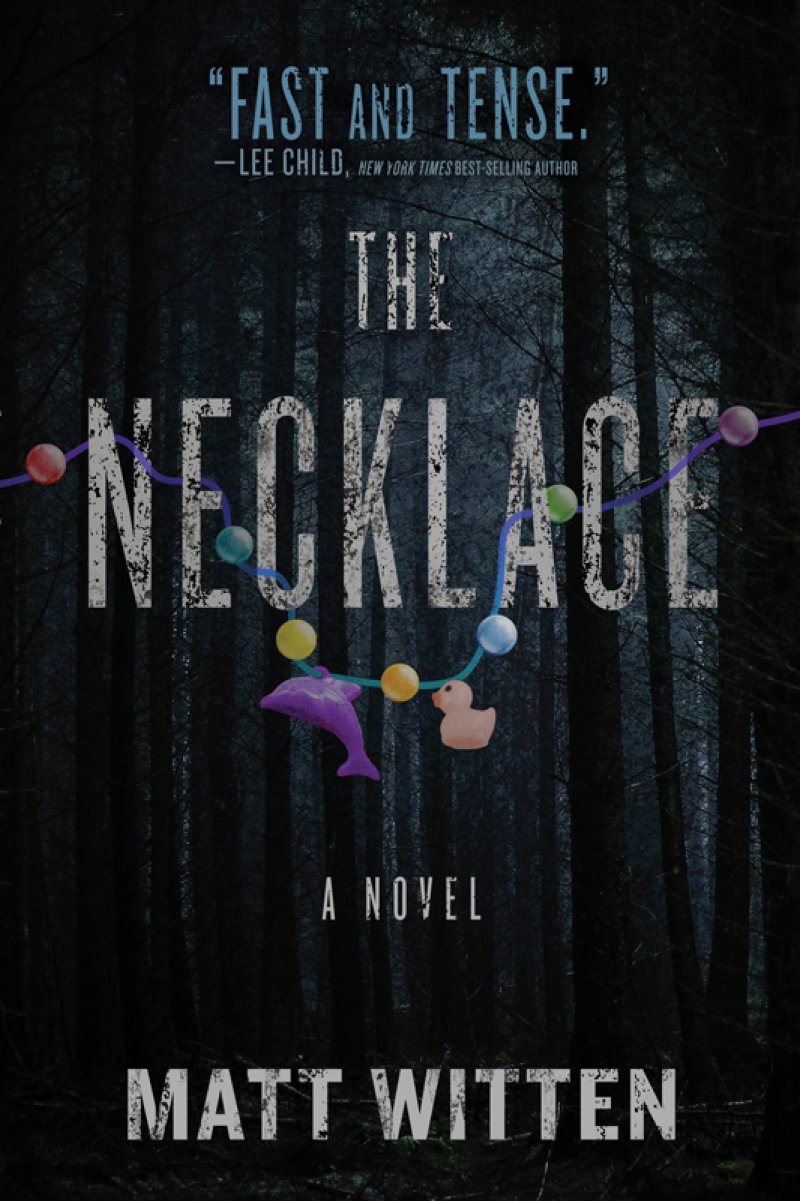 Matt Witten will be celebrating the release of “The Necklace,” a fast-paced thriller starring an upstate New York waitress, with a return to Saratoga and a series of events at Northshire Bookstore and other area venues.

SARATOGA SPRINGS — There was a place in Saratoga Springs on the cusp of the dawn of this most recent century that stood on the east side of Broadway and just north of Congress Park where locals consumed mugs of gourmet coffee and nestled into wingback chairs.

“’Breakfast At Madeline’s,’” says Matt Witten, recalling both the name of the Saratoga cafe – Madeline’s - and the title of his book published in 1998 that was written at least partially there.

“I was in a time in my life when I was thinking: what do I really want to be writing?” Witten says. “I started out as a playwright and had three plays that were published around the world, but my favorite thing to do would be to put my feet up, have a cup of tea and read a mystery. I thought: Why don’t I try writing a mystery? So, I wrote what I knew.”

Around the same time, he was hired to write an episode for the television series “Law & Order.” It went well. He was hired to come on staff and subsequently packed up his Saratoga Springs residence and his family and relocated to Los Angeles.

This month, Witten will return to Saratoga Springs with his soon-to-be-released book “The Necklace,” and for the first time in a long time stage a book-signing event in this local community. Events will take place in-person at Northshire Bookstore and at the Ballston Spa Public Library, as well as virtually at Saratoga Springs Public Library, and other area locations.

“The Necklace” is showcased as a fast-paced thriller starring a small-town waitress from upstate New York who fights to prove that the man who’s about to be executed for killing her daughter is actually innocent. The real killer is still free and as the clock ticks down, the woman takes on the FBI in a heart-pounding crusade for justice. “The Necklace” – which has been optioned for film by Leonardo DiCaprio - is set in Lake Luzerne, where Witten spends the summer months.

“The story of ‘The Necklace’ was something I was just passionate about,” Witten says, explaining the novel was inspired by a local newspaper article he had read published here nearly a decade ago. “I read this article about a woman who was raising funds to witness the execution of guy who had killed her daughter. The story just stuck with me, and nine years later I wrote the book.”

Witten wrote a number of books under the Jacob Burns mystery novel series and worked writing for television shows for about 20 years - Law & Order, House, Pretty Little Liars, and CSI: Miami, among them.

“It was fun, but it was writing somebody else’s vision. After about 15 years I got tired of it and started writing pilots, which was great, and I got paid well, but they never got made, which is a very common thing,” he says. “Like NBC will order 100 drama pilots to be written and they’ll only shoot 8 of the pilots and only 4 of them will make it to air. It was a little discouraging in that way, so I decided I was just going to go back to what I love best. My favorite thing is to read psychological thrillers. And this particular story (which became ‘The Necklace’) just drew me in.”  He has also written ‘The Necklace’ as a screenplay, which was bought by Leonardo DiCaprio’s company.

While there is a consideration in thought of what the market will find enticing, Witten said he mostly writes about something he finds appealing with the hope that others will, too.

“I have tried on occasion in my career to write something that I thought would be commercial, but those different occasions did not work out. For me, with ‘The Necklace,’ I started out with the beginning and the end. I knew what the beginning was, and I knew who-done-it. In general, everything else I find out along the way,” he says.  “As I’m writing, I’m five to ten pages ahead of myself. I’ll know what happens five to ten pages from now, but I might not be too sure what happens twelve or fifteen pages from now. So, I’ll write in the morning and in the afternoon, or in bed at night I’m thinking, ‘Oh, OK I know what I want to write for the next five or ten pages.”

Reflecting on his Saratoga days and the medium in which he works, he acknowledges it’s been a long time gone and a lot has changed.

“With ‘Breakfast at Madeline’s,’ it was something I loved. My book was about a wannabe writer with two young sons and a wife who taught at ACC. It was fun to write. I wrote this book sitting at Madeline’s about this set at Madeline’s. It was such an amazing thing,” he recalls.

“My first book signing was at the mall in downtown (Saratoga Springs) a couple of blocks over from Madeline’s and there were about 200 people there. It was such a good feeling, and all kinds of funny things happened. Dee Sarno – who was the head of Saratoga Arts Council - was very gracious that I had a character in there who was the head of Saratoga Arts Council, even though I kind of lampooned the Arts Council. Just a joyful experience. And there were also two guys who worked at Madeline’s, each of whom came up to me privately and said: ‘It’s so cool you based the murderer on me,” Witten says with a laugh. “Two different guys. So, I told them both: yes! I wrote three more books at Saratoga. One was after I was kind of ticked off at the elementary school principal at Division Street school, so I killed him off.” In subsequent books, a variety of residents and officials were also similarly “killed off,” with the creative use of a pen.

Much has changed in the world since the time Witten spent his days writing in Saratoga’s cafes, but some things have also remained. “What hasn’t changed: You just try to write a good story.”

Read 1056 times
More in this category: « Turning Point Parade Returns to Schuylerville Sunday Pop Concerts Return to SPAC This Month »
back to top