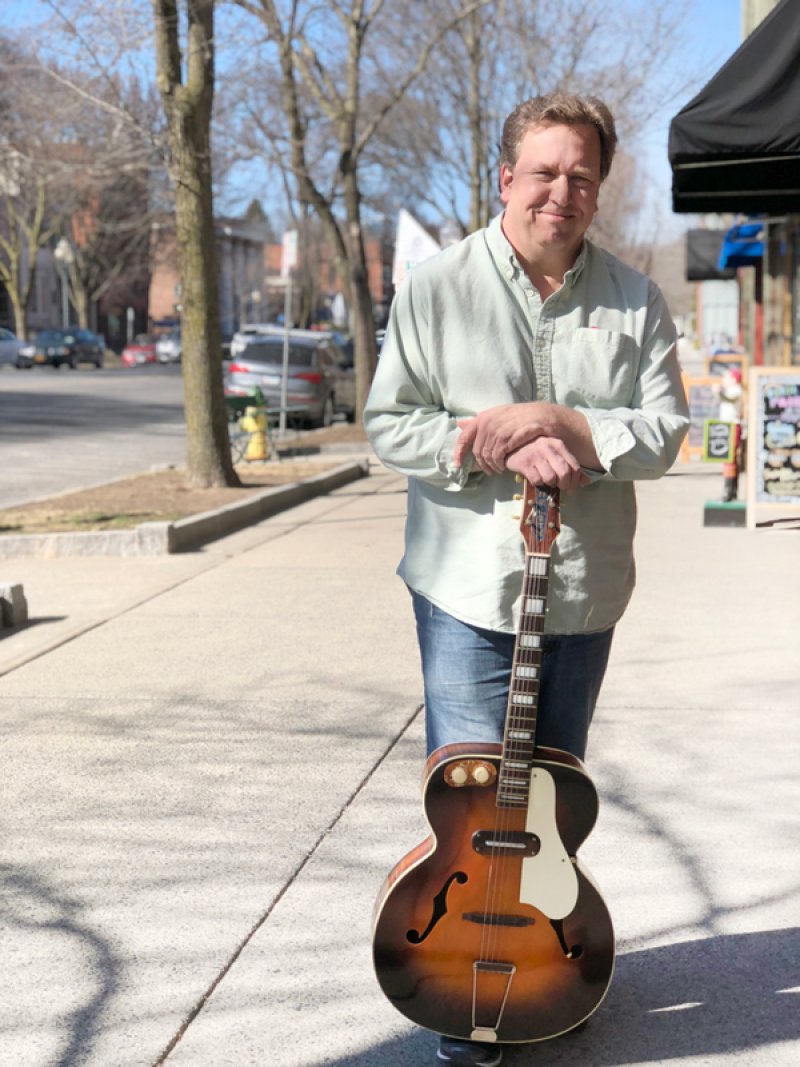 SARATOGA SPRINGS — In this city, the guitars have all gone silent. Matt McCabe has passed away, COVID-19 taking from the city one of its most endearing souls.

“June 14, 1994. Flag Day. I started in a little 160 square-foot hole-in-the-wall space on Caroline Street,” he recalled with a smile, on a weekday afternoon 25 years later, celebrating a quarter-century in this city.

“That was my first real business venture. I opened with 48 used guitars and 10 used amplifiers. There was a lot going on and I’ll never forget it.” It was a week when he had watched his beloved New York Rangers hockey team win their first Stanley Cup championship in 54 years, and experienced the buzz among all the other storefronts on Caroline Street as O.J. Simpson slinked in the back seat of a white Ford Bronco, leading a low-speed chase by police through Southern California.

A quarter-century later, he had opened a number of Saratoga Guitar shops, where he sold new, used, and vintage instruments, a plethora of accessories, sheet music, vinyl records, and conducted instrument repairs. For a generation he hosted The Capital Region Guitar Show – which became one of the longest running guitar shows in the country - drawing dealers, musicians and fans from across the northeast to the Spa City. On occasion, he made the time to take to the stage – “playing and singing with whoever will have me, me and my guitar compadres.”

The shop served as a musician’s meeting place, and he often played host for some of the biggest ones coming through town.

“Over the years we’ve seen Graham Nash and Stephen Stills, John Fogerty, Joe Bonamassa. Beck stopped in. Dave Matthews has always been very nice to us. Sam Shepard, the actor. We’ve met some nice people over the years. They come here, they love Saratoga and they like that they don’t get bothered here. We always take the low key, engage as they want, but you have to know that they’re working people too.”

As a young man, McCabe had fancied becoming a veterinarian or a baseball player. “Everything else since then happened by accident,” he said. “Thanks to family and friends I’ve been able to make it work over the years. The city’s been very good to me. The kids were all born here. And the downtown vibe is great.”

From 2004-2007, McCabe served as city Finance Commissioner.  He was a popular member of the council and independent of any political party.

“You learn a lot about your fellow citizens, and what I learned was: how smart I wasn’t. At those meetings when people come up and speak – people from all walks of life and from all over our city – you see how varied our population is. When you listen to the public comments you realize: My goodness, how many passionate people there are; How many qualified opinions there are. And from people out there who are smarter than you. Just because you’re in office, it doesn’t mean you’re smarter. It was a life-learning experience for me,” he said.

“I certainly look back on it fondly. It was a challenge, but I thoroughly enjoyed working for the people of Saratoga Springs. I did my best.”