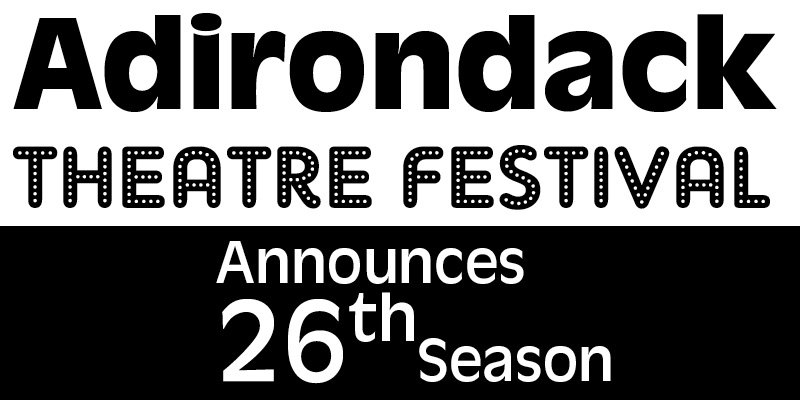 The 2020 Season kicks-off with Douglas Lyons and Creighton Irons musical, The Moon & The Sea, running June 12-20. ATF will present Apropos of Nothing by Greg Kalleres June 30-July 8, and the groundbreaking bilingual musical from Cheeyang Ng and Khiyon Hursey takes stage July 16-23.

Flexible Subscription Packages ranging from three passes to seven passes are on sale now, starting at $99.  Individual tickets are on sale April 7.  Packages and tickets to individual shows may be purchased by calling 518-480-4878 or visiting the Wood Theater Box Office.  For more information on the full season, including detailed show descriptions and video trailers, visit www.ATFestival.org.

Founded in 1994, Adirondack Theatre Festival is a professional not-for-profit summer theatre located in Glens Falls. During its 26-year history, ATF has launched more than 35 world premieres and produced 25 new play workshops. Each summer ATF produces a nine-week season of theatre for an audience of more than 9,500 using professional artists from New York City and across the country.

Login to post comments
More in this category: « Flurry Festival This Weekend Art with Heart and Hope at UPH in May »
back to top