The Marshall House - Witness to History & Meet the Baroness on Nov. 27 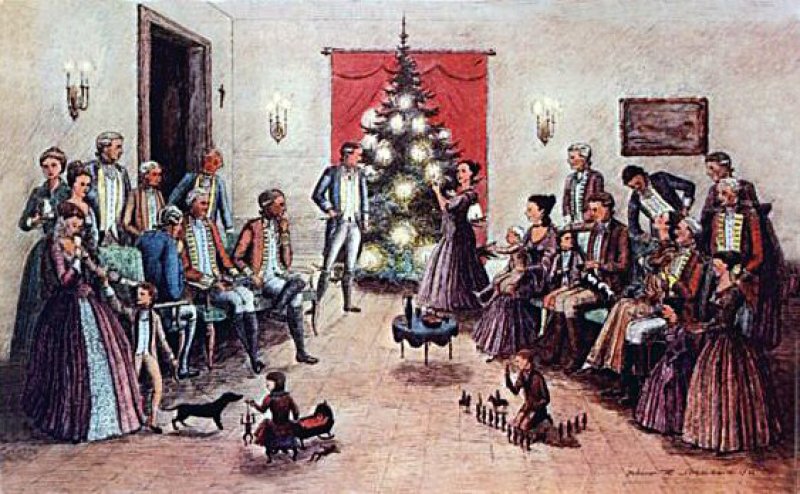 “Riedesel Christmas Tree.” General and Baroness Riedesel are credited with popularizing the German traditional Christmas tree in the Americas.

SCHUYLERVILLE — The historic Marshall House, Witness to History in Schuylerville will hold a special open house on Thanksgiving Saturday, Nov. 27.

The house played an important role in the area’s Revolutionary War history, serving as a field hospital for the British troops and the German soldiers who fought with them in the Saratoga campaign. The family of the German General Friedrich Riedesel had accompanied Burgoyne to the battlefront.

The Baroness Frederika Riedesel (as portrayed by Debbie Bailey) will greet visitors and tell the story of how she with her three children endured bombardment at the Marshall House during the American siege during the Battles of Saratoga in 1777. The Baroness will also describe how she introduced the custom of the Christmas tree to North America, and docents will explain details of the historic house.

Visitors will be welcomed in groups of 15 at 1, 2, and 3 p.m. There will be valet parking at the house. A donation of $10 per person is requested to further the educational outreach of The Marshall House.

More in this category: « Catholic Daughters of The Americas, The Knights of Columbus Memorial Mass at St. Clement’s Church A Taste of Saratoga Virtual Presentation Nov. 30 »
back to top