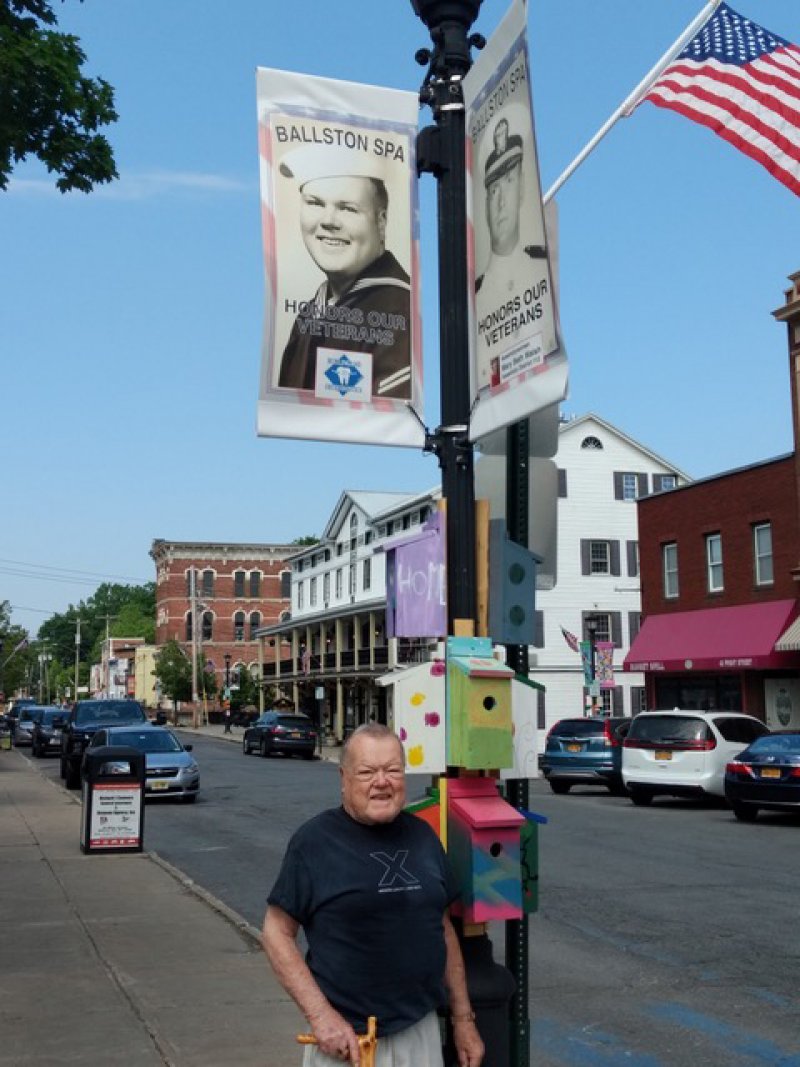 BALLSTON SPA — In recognition of Memorial Day, the Village of Ballston Spa unveiled banners honoring local veterans. Hung throughout the shopping district, these large format banners display pictures of the men and women from Ballston Spa who served our country.

“As the son of two veterans this was a very personally rewarding project for me,” says Mark Blech the organizer of the program, “I love this community and wanted to share my admiration for those who served this country. My father always said he was the most proud of two accomplishments in his life: his family and his services to this country during the Korean War.”

66 Veterans are honored on the banners. But the banners are dedicated to all the men and women who served in the military. Working with the VFW and American Legion and soliciting pictures from the community Blech created the banners with guidance from Mayor Larry Woolbright who supervised the program.

The Veteran Banners have become a sensation in the community, family members can be seen walking through the village looking for their relatives. Veterans are excited to see their pictures honored on the banners.

One Veteran, 90-year-old, former Ballston Spa Mayor Bert Grandin, can be seen in the picture standing next to his younger self in the Navy in the early 50’s. “He’s still as handsome and full of life as he was as a young Navy man” says Renee Grandin, his daughter- in-law.

The Veteran banners will be up indefinitely.

More in this category: « Local Veteran Honored With Town Park Heart Hero »
back to top