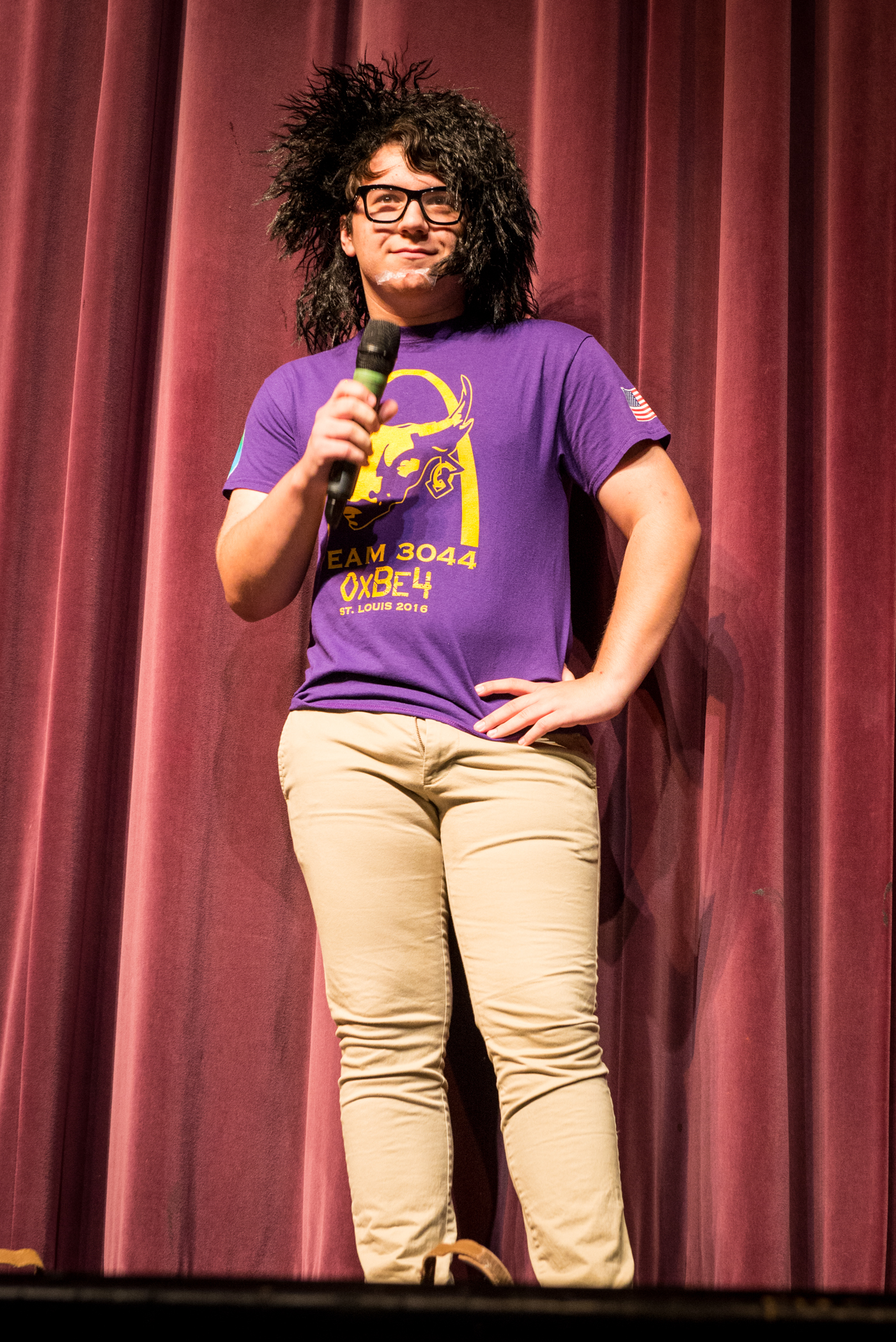 BALLSTON SPA – Dylan Jacobs, a shy senior from Ballston Spa, has been named this year’s Mr. Ballstonian. The Mr. Ballstonian Contest is a fundraiser held to raise money for this year’s prom. Mostly seniors partake but some juniors also get involved. There are five categories for this contest; the talent portion, sports wear, formal wear, spirit wear, and a clever pick-up line.

Jacobs chose the pick-up line, “are you a90-degree angle because you’re looking right.”

When asked why he decided to do the contest, he had a simple answer, “I had friends who wanted me to do it. I went to it last year and thought, ‘I should do that.’ I’m really not the most popular person so it was kind of a surprise for me.”

“It was so cheesy and I wanted to make sure the crowd understood it,” Jacobs laughed.

Jacobs is on the Robotics Team at school, the yearbook staff, and is in the National Honor Society. He is also an artist who displayed some of his 10x10 work at galleries over the summer and also participated in a New York City origami work exhibition.

For the talent portion, Jacobs decided to do something a little different.

“People know me for making weird noises so I just got on stage and made weird noises. It made people laugh, I’m not sure why. I just went up there and made some bizarre noises and the crowd loved it,” he said.

Prom will be at the end of June and will have a rustic theme. Jacobs won a free prom ticket for being crowned Mr. Ballstonian.

“I was a little surprised I won, but also not at the same time because I had a lot of fans. I accumulated a lot of fans throughout the contest so I had a feeling I was going to win. It was really exciting and I’m not a huge stage personality either so that was new to me,” Jacobs said.