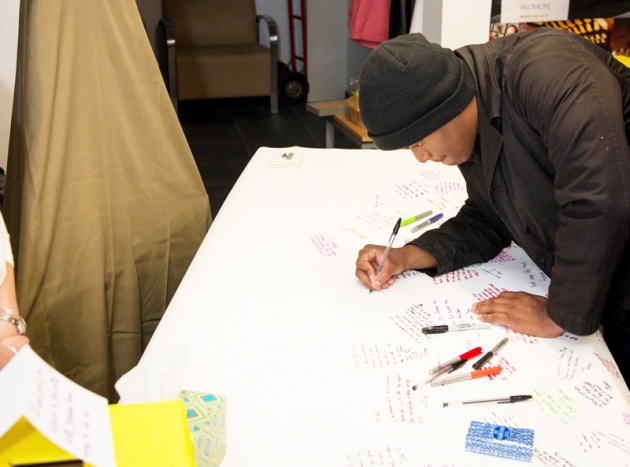 SARATOGA SPRINGS — According to the Center for Disease Control and Prevention, accidents account for nearly half of all teenage deaths, motor vehicle fatalities being far and away the most common.

Knowing those statistics does not make a tragedy any easier to bear for parents and school communities, but the reality of those numbers are why school district and campus administrators all have a plan in place for helping school communities overcome the shocking tragedy of the sudden, often preventable, loss of a young life, and, eventually, return to a daily academic routine.

Cathy Roy, guidance counselor and homeless liaison for high school students in the Ballston Spa School District, said that there were two such tragedies in the last five years at the high school.

“We have a crisis team, so as soon as something happens, our principal will alert guidance staff and social workers – it’s all hands on deck. That first day of school since the tragedy is the hardest. We’ve got to get through the whole day, and that teacher and those students are looking at an empty seat in their class.”

She said counselors would go through the day processing with teachers and students in the classes with those empty seats, as well as any other classes needing assistance.

“There are bus drivers who may have picked up that student every day feeling the loss,” said Roy. “Coaches, cafeteria workers – there are so many people in the school community who may have been touched by that student’s presence, and we make ourselves available for all of them.”

Dr. Andrew C. Demaree, Director and Clinical Psychologist in the Skidmore College Counseling Center, is part of the emergency response team that flew into action within hours of the tragic accident that took the life of 19-year-old Skidmore freshman Michael Hedges on Saturday night, October 31, as well as hospitalized two other students.

“The Dean of Students is the first person notified,” said Demaree, “and she gets everything started. She went to Albany Med [Albany Medical Center] that night and stayed there with the students, waiting for the families to arrive.”

Like any school community, Skidmore and Ballston Spa School District have a comprehensive emergency plan ready for a large number of scenarios. The plan details which staff gets notified when; who notifies the family; who coordinates with the media and the sheriff’s department; and what processes to have in place immediately and longterm.

“I was contacted early Sunday,” said Demaree. “We all got on a call with residential life and other members of the emergency response group around 7 that morning. There’s a coordinated effort for the immediate response, and then we planned for the day.”

The counseling center is typically not open on Sundays, and appointments are scheduled days or weeks ahead of time. That Sunday, it was open immediately for walk-ins. Demaree said the longest anyone had to wait was 20 minutes.

“We were helping people dealing with the immediate shock. It’s a relatively well-used thoroughfare; a dark road and a lot of folks could imagine where it happened and how it could have happened to anyone,” said Demaree. “There were those walking by who were exposed to a really traumatic scene, and some students who have experienced a traumatic loss in their high school may feel that piece inside them get activated again. Even if they don’t know the people involved, it’s sudden and tragic and overwhelming and here it all is again.”

Roy said schools know that overcoming school-wide tragedies is an ongoing process that can take years. “There’s the initial shock of getting everyone through that first day, but there’s the ongoing grief. There’s the boy that should have been with us graduating; there’s the Safe Spring presentation about the hazards of drunk driving that could bring back pain and memories; there’s the student’s birthday and holidays to be gotten through every year. We’ll dedicate a page in the yearbook, for example. We acknowledge that the student is missing and still in our thoughts years later at graduation, with an empty chair with a white rose on it. Schools know to be ready for all of that.”

Demaree said they are putting together a calendar of support options for the campus community, including evening grief workshops, expressive arts around grief, a drop-in grief group, and the Tang Museum is putting together works on grief to display.

“Business as usual is not going to make sense,” said Demaree. “Some classes are not being held, and others are open, but there’s no official attendance policy this week. The message is clear – students and faculty are struggling, and this is a time for support and structure, and being flexible.”

Roy agreed, and added, “We’ll have a spot for students just to gather, because oftentimes the biggest source of comfort is themselves, coming together to grieve. They will make a card for the family, or create a mural or some other way of paying respect to peers lost – an action item to do.”

Demaree also said that the community is very good about keeping an eye out for each other. “Individual students will reach out to say that this person or that person seems to be struggling, bringing friends and others to our attention and putting them on the counseling center’s radar. We’ll also follow up on those stumbling academically throughout the year.”

Roy said, “We know students grieve in very different ways. Some are stoic, some teary, and we do an active search to find those who were very close to the students involved in the tragedy, a proactive search for students who might be hurting the most, because sometimes they won’t say.”

Skidmore College administrators and students who were close to him attended Michael Hedges’ funeral service on Thursday, November 5 in his hometown in Lenox, Massachusetts. The other two students, Toby Freeman and Oban Galbraith who were in critical condition on Sunday, November 1, are still hospitalized but have been upgraded to fair condition. Both are expected to make a full recovery. Click here for more information about the accident.

More in this category: « Protecting Children from Online Predators New Torch Club Redefines the Dinner Conversation »
back to top