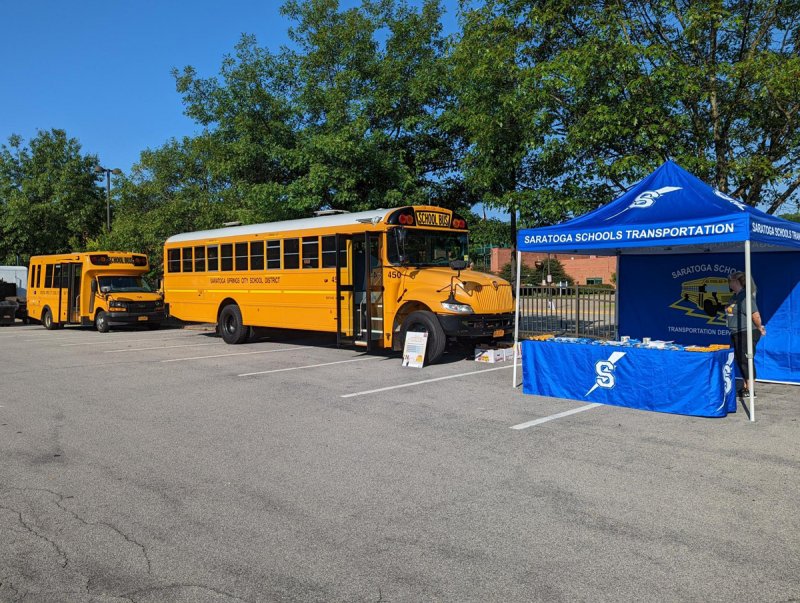 SARATOGA SPRINGS — As the Saratoga Springs City School District continues to battle transportation staff shortages, the Board of Education and Superintendent Michael Patton have recently upped the ante for prospective employees.  This includes an incentive to any district employee who refers someone to a bus driving position - previously the referral based program was only open to those already working in transportation.

“When you think about what it takes logistically to plan routing close to 6,000 students a day, it’s an incredible effort that our transportation department does and when we’re down staff, obviously, that has an impact on the entire system,” said Superintendent Patton. The district has over 325 daily routes, which all need coverage on a daily basis.

To ensure the district can handle this demand, the Board of Education voted unanimously to double the monetary incentive it offers for referrals from $250 to $500 upon hiring. District workers who refer a driver will receive $100 on the date the referred person is hired and then an additional $400 after that driver has been on the job for six months. Currently, the district needs about 10 more drivers, according to Patton.

To further this effort, drivers who are willing to train new employees will receive an increase of $4 per hour, up from $2. And drivers who cover extracurricular activities (like sports games or transportation for school clubs) will also receive an additional $4 per hour. Entry level pay for both regular and substitute drivers is just over $21 per hour.

More in this category: « “Jump Into Fall” with Waldorf & Pitney Meadows A School Board Divided - SRO’s Shot Down Again »
back to top