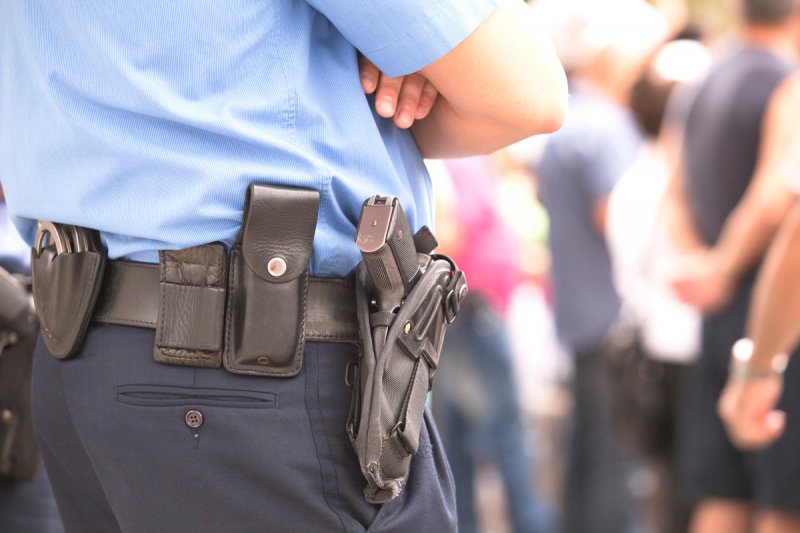 SARATOGA SPRINGS — An ongoing debate surrounding school resource officers has ramped up this summer in Saratoga Springs City School District. A school resource officer (SRO) is a carefully selected, specifically trained and properly equipped full-time law enforcement officer with sworn law enforcement authority. These officers are trained in school-based law enforcement and crisis response and are assigned by the employing law enforcement agency to work in the school using community-oriented policing concepts, that is, according to the National Association of School Resource Officers (NASRO). In the case of the Saratoga Springs City School District, only two full-time officers are employed, one by the county and one by the city. The problem, many parents cite, is that while the SROs have positions in Saratoga High School and Maple Avenue Middle School, the six elementary schools of the city school district are oftentimes left without a police presence. While SROs may rotate around the district on occasion, all elementary schools (Caroline Street, Geyser Road, Division Street, Greenfield, Dorothy Nolan and Lake Avenue Elementary) do not employ full-time SROs. And with the recent uptick in tragedies in schools throughout the country, namely the Uvalde shooting on May 24, it has left Saratoga elementary parents feeling particularly unnerved.

In fact, a recent change.org petition has been started by a district member and mother of three, Jessica Todtenhagen, to put pressure on the district to employ SROs at the elementary level. The petition, which was created a few weeks ago, has received over 940 signatures as of September 7.

Of the 145 schools that saw at least one shooting in the 2020-21 school year, 59 were elementary schools, that’s over 40%, according to data from the Center for Homeland Defense and Security analyzed by the National Center for Education Statistics. This is something that Jessica Todtenhagen homed in on when speaking to the Board at their August 25 meeting. “Can anyone truly question why this is such a concern for parents?” said Todtenhagen.

Importantly, however, there have been some opposing voices when it comes to adding these officers in Saratoga’s schools. Including one parent who cited a 2021 JAMA study that concluded that “armed guards were not associated with significant reduction in rates of injuries; in fact, controlling for the aforementioned factors of location and school characteristics, the rate of deaths was 2.83 times greater in schools with an armed guard present.” Of course, this study had some self-admitted limitations - limited by its reliance on public data, lack of data on community characteristics, and inability to measure deterred shootings or nonevents.

Plus, new hires mean budget reconfigurations. The city of Saratoga estimates $75,000 as an expense for SRO’s – that means the school district will have to source an additional $450,000 per year to cover the six elementary schools in the district.

Some board members compared this SRO debate to the pandemic, because in a sense, both required adaptable agenda planning, Board member Dean Kolligan said, “my guess is that if we [the city school district] had to come up with funding – we can find it. No one prepared for the pandemic, we found funding as far as the pandemic was concerned and how to spend at the eleventh hour. I’m not equating SROs to the pandemic, but my point is, this is what I would like to see, it’s an agenda planning opportunity… I’m not diminishing the rebuttals, so to speak, from anybody, and I understand people will have their own opinions on it… I just think we need to have the conversation and preparation of what it looks like to add additional SROs to the district”

To which Vice President of the board Natalya Lakhtakia replied, “we should be looking at what the impact of having more SROs is on a particular school community. I think that school safety is very widely studied… what we have is this anecdotal information but what we really need to assess [is] how important they are [in a] more quantitative and in-depth look at the actual impact. I would ask that we look at what the impact is of having SROs at elementary schools and what the data shows before we look at increasing SROs in our district.”

The next board meeting will be held on September 13 at 7pm at Division Street Elementary. Surely the SRO debate will continue as parents from both side of the aisle make their voices and concerns heard. For more information on school board agendas and upcoming meetings, visit: www.saratogaschools.org.

More in this category: « Reminder For The Start Of A New School Year TCT Federal Credit Union Donates to BSCSD Students »
back to top