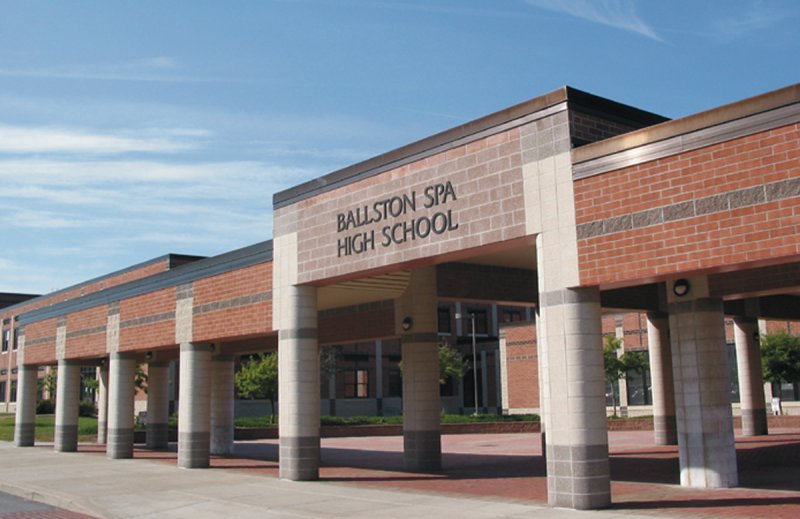 BALLSTON SPA — Echoes from the U.S. Department of Education’s new interpretation of Title IX in June of 2021 have finally made their mark in Saratoga County, and it has sparked some controversy amongst concerned parents. On Wednesday, August 3, the Ballston Spa School Board unanimously passed Policy 7552 “Student Gender and Identity” which stated, according to the Ballston Spa website, that a transgender student may request and be allowed access to the male/female bathrooms or locker rooms that are in alignment with their gender expression. This choice is governed by the school policy, which in turn is governed by New York State and federal law.

While the school board claims they are simply updating nomenclature following guidelines from the recent passing of the NYS Gender Recognition Act, (which includes provisions that require the Department of Motor Vehicles to provide “X” as a sex designation marker on driver’s licenses and state IDs and removes the doctor’s letter requirement for gender marker changes, amongst other things) concerned parents claim that guidelines from the NYS and U.S. Department of Education, are exactly that - guidelines - not law, and that the district should have the final say when it comes to gender policy within school walls. “So, then why waste our taxpayer money on you?” shouted a concerned parent to the school board members at the contentious August 3 meeting.

However, the distinction between guidelines and laws have become increasingly more opaque when it comes to receiving federal funding. For instance, the U.S. Department of Agriculture stated back in May, “the U.S. Department of Agriculture’s (USDA) Food and Nutrition Service (FNS) announced that it will interpret the prohibition on discrimination based on sex found in Title IX of the Education Amendments of 1972, and in the Food and Nutrition Act of 2008, as amended, Supplemental Nutrition Assistance Program (SNAP), formerly the Food Stamp Program (7 USC § 2011 et seq.), to include discrimination based on sexual orientation and gender identity.” This coincides with Biden’s executive order - “Preventing and Combating Discrimination in the Basis of Gender Idenity or Sexual Orientation” that was signed into law shortly after his term began in 2021.

So, why does the Department of Agriculture and the Food and Nutrition Service new adoption of Title IX matter? Because, more simply put, while school boards may not admit this openly, this policy adoption means that any schools that receive federally subsidized school lunch funding will be subject to the new Title IX interpretation. And because prohibiting a student from accessing the restrooms or locker rooms that match his/her gender indentity is prohibited sex discrimination under Title IX - it means that the current administration’s rule change could link billions in education and school-program funding to LGBTQ policies, forcing school districts and universities to implement controversial policies like transgender athletes in order to receive federal funding that most districts rely heavily upon.

And because the Ballston Spa City School District is, “simply following the New York State and federal guidelines” as Stuart Williams, school Coordinator of Community Relations, told Saratoga TODAY in a statement, parents that are critical of these policies feel particularly frustrated as they are ostensibly in less control over their children’s school curriculum and extracurricular experience. Local parent Stephanie Savaria has even started a petition on change.org that will be presented to the school board - as of August 10, it has received over 195 signatures from concerned district members that want to reverse these policies. Furthermore, borrowing from the work of D.C. Bureau Reporter Casey Harper, the changes suggest that schools that accept any kind of funding, including students receiving FAFSA or Pell grants for higher education, will also be subjected to the new Title IX interpretation. Suggesting that not using things like preferred pronouns could land schools and individuals across the country in legal trouble under the new Title IX interpretation - which has sparked another debate nationally surrounding free speech.

Supporters of the new school agenda cite that everyone should feel a sense of belonging to their community and school - that everyone should feel comfortable in their own skin. Those opposed to the new agenda claim that these policies do not further a sense of belonging for anyone but instead further exacerbate the differences between cisgender and transgender students, could potentially expose school-aged children to members of the other sex at too young of an age in locker rooms, don’t provide anyone with any real protection and tarnish Title IX, which once represented a huge advancement in women’s sports and education.

Importantly, there is something positive that is worth mentioning here - although parents and school officials have differing viewpoints on the matter at hand, both sides have a vested interest in this subject matter because they are concerned about the students of their community. Unfortunately, it seems that the ideological divide is further isolating the two groups instead of uniting them as one school district and one community. This story is ongoing and will be further discussed as school returns and these policies manifest themselves into practice this fall. For more on school district policy, visit: www.bscsd.org

Read 2491 times
More in this category: « Saratoga Springs High School Named “School of Excellence” By NYSPHSAA Historical - and Sometimes Hysterical - Local Tales Aboard the M/V Caldwell Belle »
back to top