Officer Tim Pratt tragically died as a result of a traffic accident in Wilton on October of 2016. He was struck by oncoming traffic while assisting a tractor-trailer that had stopped in the median and missed their exit. He was a trooper for 30 years and served in the U.S. Air Force from 1979 to 1986.

The event’s motto; “we ride for those who died” hit close to home for McGovern as she rode with a picture of Pratt on her bike from Philadelphia PA arriving in Washington D.C. on May 12.

“I don’t know him personally but because he was a local officer that passed, that’s who I wanted to honor,” McGovern said.

For four days McGovern would begin her trek to Washington D.C. at 7 a.m. and ride until 5 p.m. with other law enforcement officers or survivors of the fallen officers by her side.

“I really had no experience as a cyclist,” McGovern said.

However, she has always attended Police Week, which is how she heard about the Police Unity Tour. She feels it’s a better way to honor fallen officers.

“I knew it would be a physical challenge, for me but I thought it would also be very enjoyable so I decided I would just go ahead and invest money and time, and the training and do it,” she said.

Once she arrived in D.C. the ride was ended with all 2,500 cyclists riding through the memorial with an audience cheering them on.

“I kinda just went by myself and posted his picture underneath his name, I also put one of the Saratoga Springs Police patches on the wall, which is pretty cool,” McGovern said.

In May of 1997 the first Police Unity Tour started with 18 riders on a four day-fund- raising bicycle ride from Florham Park, NJ to the National Law Enforcement Officers Memorial in Washington, D.C. Now in 2018, the organization has since grown to nine chapters and consists of nearly 2,500 participants. Just this past year the Police Unity Tour raised $2.6 Million.

Things To Do This Memorial Day Weekend

SARATOGA SPRINGS — There are a ton of fun ways to honor veterans this Memorial Day in Saratoga. Here’s our round up of events to enjoy this weekend with family and friends.

Greenwich Parade
Greenwich’s Parade will happen on May 25. The procession will begin on Main Street at 6 p.m.

Stillwater Parade
Stillwater will have its Memorial Day parade on May 25 as well. The event will start at 6 p.m. and is organized by The American Legion post 490.

Moreau Parade
On May 25 the town of Moreau will kick off its parade at 4:30 p.m. It will include a cookout at the Moreau Community Center, 144 Main St., South Glens Falls.

Ballston Spa Memorial Day Parade
On May 26 the town of Ballston Spa will kick off their Memorial Day parade at 9 a.m. with a memorial ceremony at the bridge at Kayaderosseras Creek. From there, the procession will continue along Milton Avenue, ending at Memorial Park next to the Ballston Spa Public Library. The parade is organized by American Legion Post 234 and VFW Post 358.

Saratoga Battlefield Honors Veterans
On May 28 beginning at 10 a.m., living history activities and showcases will be presented at Saratoga National Historical Park. The events are focused on the sacrifices made by New York officers and soldiers who lost their lives at the battle of Saratoga in 1777. 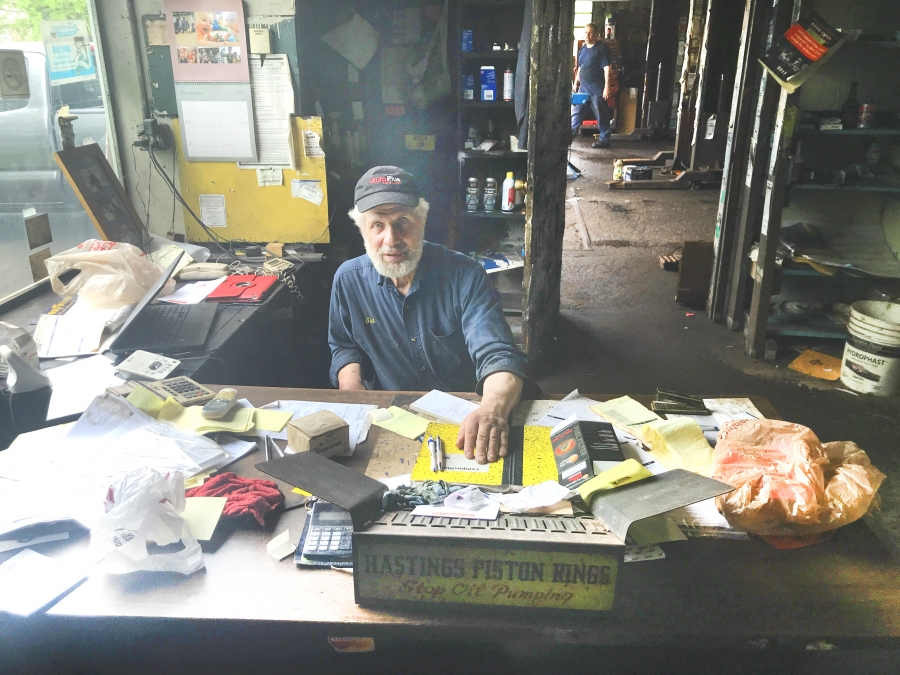 SARATOGA SPRINGS — On May 15 one of the oldest garages in Saratoga, Stark Auto, closed up shop for the last time.

“It’s like going full blast then stopping all of a sudden,” Stark said.

This past week Stark has been seeing his last customers, packing up and saying goodbyes to town regulars that have been customers for years. It is apparent that Stark was not only a local business but a neighbor people could rely on. In fact, now former customers are seeking Stark’s advice on where to take their car troubles next.

“I think we’re an institution of some kind,” Stark said.

“It goes back 72-years-ago when my father started it after he got out of the army in World War II and came to Saratoga,” he said.

Stark’s father, Henry, first started the business with a shop located at what is now Saratoga Masonry. It was a salvage yard that also sold used cars. It wasn’t until 1958 when Stark’s father opened up shop at the 64 Excelsior Ave. location. While in High School Stark worked the gas pump that used to be part of the garage. After attending college at Rensselaer Polytechnic Institute (RPI) Stark was a teacher for six years at Greenwich Junior-Senior High School. He later returned to the shop and has been managing the garage since 1985. Stark has only one employee, Richard Pregent, whom he calls his franchise quarterback or his Tom Brady.

There are still customers today, that have been using Stark Auto for the services since day one.

“People have been coming here for so long, they kinda lost a place to go,” Stark said. “With a business you’re either all in or all out...You got to put in long hours... Actually taking care of the customers, that’s the fun part,” Stark said.

The fate of the property is still known, even for Stark.

“We have a perspective buyer and they don’t know if they are going to knock it down or rent it out,” he said.

Stark owns the whole building. Including the auto parts store that is connected to the garage. He did not disclose who the buyer is. When asked what’s next for Stark, “freedom,” he said. “I’m ready to do the things I want to do,” he added.

Stark has four daughters and seven grand children. “I can’t wait to spend more time with them,” he said.

Published in Business
Tagged under
Be the first to comment!
Read more...
Page 17 of 17