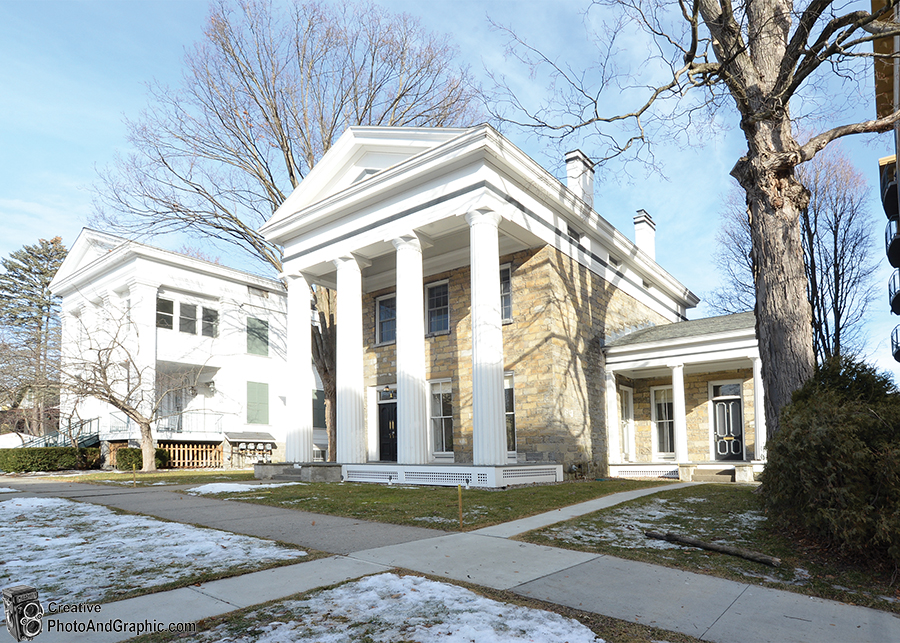 (Left to right) The recently purhcased Fingerpaint property at 1 Franklin Square; and the company headquarters at 395 Broadway. Photos by www.photoandgraphic.com.

SARATOGA SPRINGS – After owning a prime piece of Broadway real estate for the better part of 50 years, Andrew Hunt says his family is willing to part with it because “we have a lot of respect” for the buyer.

Earlier this week, Fingerpaint Marketing announced its intention to purchase the property at 395 Broadway from Myron M. Hunt Inc., which is based near Buffalo and has leased it to various businesses since the 1960s.

“We’d be happy to own that for another 50 years,” Hunt said, when contacted this week for comment. He is president of the real estate firm.

Hunt fondly remembers the corner lot as the site of both the Red Barn restaurant and Pope’s Pizza, before Border’s bookstore demolished that building and started anew with bricks and mortar in 2000.

Since 2012, the corporate headquarters of Fingerpaint have occupied the 25,000-square-foot space. The property includes a parking lot for more than 50 vehicles.

“It makes strategic sense for us, and I think it’s a great outcome for them,” Hunt said, admitting that 395 Broadway is the only property in Saratoga Springs that his family currently owns.

Hunt explained that the transaction with Fingerpaint is “largely under their control.”

In a statement, Fingerpaint indicated that the real estate deal is expected to be complete within six months.

Construction of a third floor is planned for the existing two-story structure along with a mix of new commercial and residential space in the parking lot, company officials said.

Bill McEllen, chief of strategy in Fingerpaint’s Saratoga Springs office, said in an email that “we are not releasing any information” regarding the purchase price.

Fingerpaint also recently bought the property located at 1 Franklin Square, which McEllen said will be utilized “to accommodate growth for additional administrative and creative conference space” after renovations.

The Franklin Square building includes two apartments that staffers will be able to use when they travel to Saratoga Springs from Fingerpaint offices in Arizona, Ohio and Pennsylvania.

The Fingerpaint statement reports that the company has grown from 42 employees in 2012, when annual revenues were $4.3 million, to a $45 million operation now with almost 200 employees.

In the statement, Fingerpaint Founder Ed Mitzen said: “This acquisition will ensure our long-term presence in downtown Saratoga Springs. We absolutely love our current location, and it has been a wonderful complement to all of the restaurants, bars and retail shops downtown.

“We are thrilled that we will continue to be a major player in downtown Saratoga Springs for years and years to come,” Mitzen added. “It’s a truly special place.”

More in this category: « Local Sales of ‘CBD’ Products Turn Brisk Bruno Again Named to Sales Council »
back to top