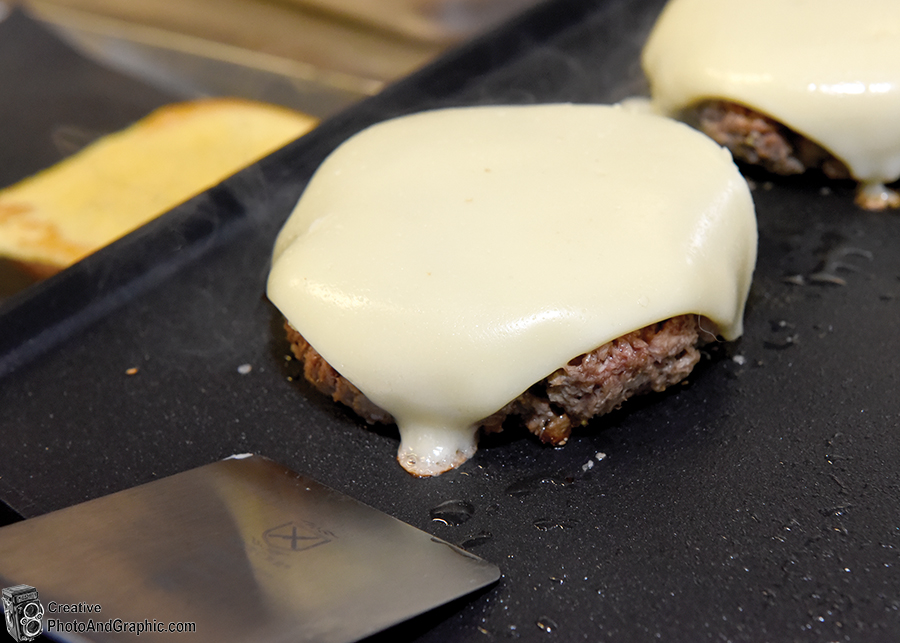 Sanzen and Russell, co-owners of Farmers Hardware at 35 Maple Avenue, traveled in July to a popular New York City restaurant, where the California-inspired “Impossible Burger” was on the menu for the first time.

For more than an hour, the entrepreneurial couple waited in line to order the meatless burger. They were equally eager to taste its distinctive blend of water, wheat and potato protein, plus coconut oil and other plant-based compounds that closely resemble those found in typical meat.

“This burger is the real deal and we believe it’s going to be well received by both herbivores and carnivores alike locally,” Russell said in a prepared statement.

“It’s scary how spot-on the look, texture, smell and taste is,” added Sanzen, who plans to formally start serving her Farmers Hardware version of the Impossible Burger at a 6:30 p.m. launch party on Thursday, Jan. 11. “It even bleeds like a beef burger.”

Various delays meant that Sanzen and Russell were unable to offer the Impossible Burger last spring, as planned, when they first opened their Maple Avenue brunch hall—in a brick warehouse utilized long ago for storage by the Serotta bicycle family—ahead of the horse-racing season.

It was only a few weeks ago, according to Russell, that Farmers Hardware “received news” that a steady supply of the product for their dining customers could be provided by California-based Impossible Foods.

“I was in the car the next day picking up two cases in Jersey City for Julia to recipe test with,” Russell said.

Jessica Appelgren, a spokeswoman for Impossible Foods, indicated that her company’s relatively new burgers are produced in a large Oakland facility and distributed frozen nationwide to hundreds of restaurants.

The Impossible Burger accounts for about 30 percent of the new customers in whichever establishment it is served, Appelgren said. There are many discerning consumers, she added, who “love” the eco-friendly practices that are a common feature of this and most other vegetarian food products.

“In development since 2011, the Impossible Burger cooks, smells and tastes like ground beef from cows—but is made entirely from plants,” Sanzen and Russell reported in their statement. “The Impossible Burger, which debuted in July 2016 at Chef David Chang’s Momofuku Nishi in Manhattan, won a 2017 Tasty Award for best food startup.

“The Impossible Burger is produced without hormones, antibiotics, cholesterol or artificial flavors,” they added. “It uses about 75 percent less water, generates about 87 percent fewer greenhouse gases, and requires around 95 percent less land than conventional ground beef from cows.”