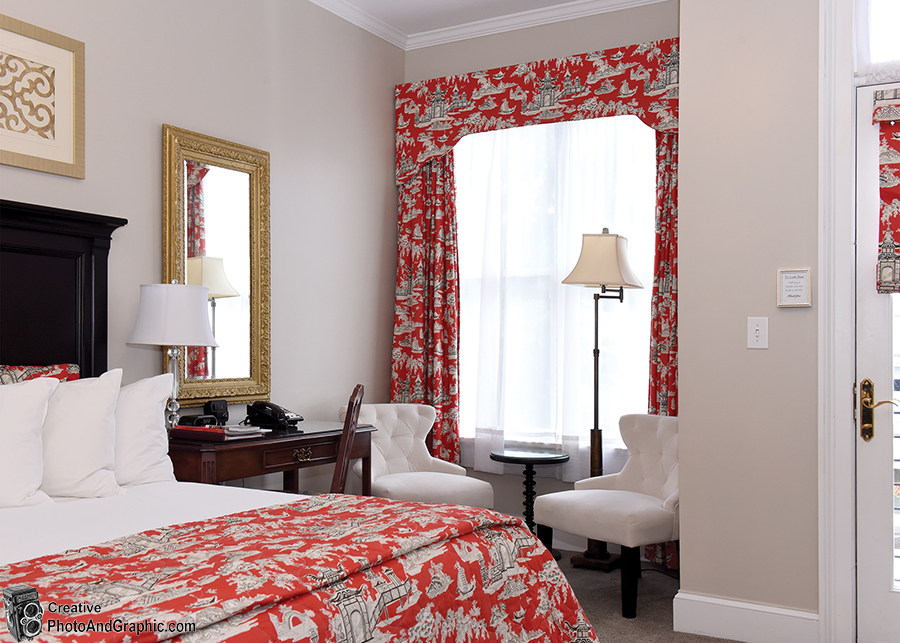 SARATOGA SPRINGS — The prominent green and white sign—perched above a grand set of stone steps—accurately describes any given day at the Saratoga Arms Hotel: “A concierge hotel under the personal supervision of the proprietors,” it says.

Prior to that, the couple owned property on Church Street to accommodate city visitors.

“My mother always wanted to come back down to Broadway,” says Saratoga Arms General Manager Amy Smith, who remembered how Kathleen ran restaurants on the city’s main thoroughfare before entering the hotel business.

In a statement, the mother-and-daughters team had reported that Saratoga Arms Hotel recently received a four-diamond rating from the travel organization AAA.

They attributed the favorable rating to the fact that all 31 rooms and suites in the Smith family’s “lovingly restored” brick hotel were “designed for comfort and luxury,” acknowledging as well “its farm-to-table gourmet breakfasts.”

“It is a great honor for Saratoga Arms to receive AAA’s Four Diamond Award,” Kathleen Smith said. “Our dedicated staff and family have worked hard for years ensuring our guests receive the many upscale amenities that are required to be awarded this prestigious designation.”

During a tour of the three-story hotel this week, Kathleen Smith made a brief appearance. She was eager to point out how “you don’t hear a thing” in the comfort of the hotel’s front room due to modern windows that muffle Broadway traffic noise.

According to Amy Smith, the travel organization has inspected the property twice; the AAA representative appeared both times without notice. That is aside from the routine inspections that are completed by city and state officials, she explained.

Smith said Saratoga Arms offers nine different room categories, ranging from “junior queen” to “king suite,” and each of the rooms are individually decorated. That truly separates the hotel from larger national chains, she added.

“There’s something for everybody,” Smith said, before demonstrating how one room even has a television screen built into the bathroom mirror.

A large addition was completed at Saratoga Arms in 2004, substantially increasing the square footage available for storage, banquet and guest rooms. There were 16 guest rooms before that project was initiated, Smith said.

The Broadway hotel is booked up most of the year, she admitted, in large part because of the city’s promotion of off-season events such as Chowder Fest and Beer Week. It is located only a block from the popular City Center.

“Saratoga has done a great job of making this a year-round city,” Smith said, acknowledging in particular the efforts of staff at the Saratoga Convention and Tourism Bureau and the local Chamber of Commerce.