City Beer and Cider Will Flow 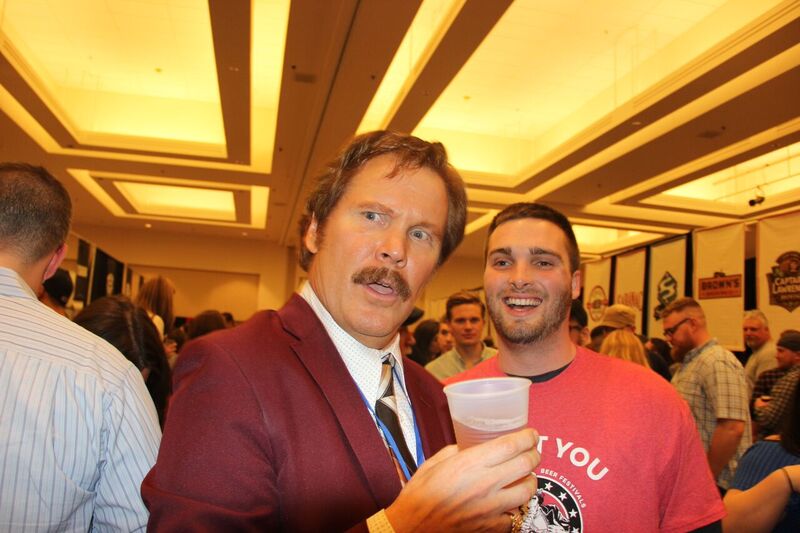 SARATOGA SPRINGS — The craft beer giddiness that swept through the city last week is bound to return even stronger, say promoters of the increasingly popular Saratoga Beer Week event.

“There are certainly a lot of craft beer drinkers” in the Capital Region, says Kevin Rich, director of sales and marketing for Town Square Media.

The Connecticut-based company, through its network of more than 600 radio stations and websites, promotes Saratoga Beer Week along with similar events nationwide as part of Town Square’s America On Tap series.

On February 21, the city's sixth annual promotion kicked off at Olde Saratoga Brewing Company with a ceremonial keg tapping by Mayor Joanne Yepsen.

It concluded on Saturday evening with a Beer Summit inside City Center, which was attended by multitudes of craft beer fans from around the area.

Rich said 3,000 tickets were sold in advance for the Saratoga Beer Summit and another 1,500 were sold for the Cider Night event on Friday—the latter of which has become a “new drinking phenomenon,” he explained, due to people who are more health conscious and prefer hard ciders over beer.

The revenue generated from Saratoga Beer Week is difficult to gauge among the city businesses that participated. But Town Square Media earned at least $165,000 from advance ticket sales alone.

According to Leone, there are more than 320 craft brewers in New York state, including about 120 located on farms.

Leone says the state “is becoming a major player in the hops industry” and creating lots of jobs in the process. At present, he added, roughly 500 acres of hops—a primary ingredient of beer—are grown by New York farmers during the agricultural season while “hundreds more” acres are planned.

Leone praised the support given to the craft beer industry by state lawmakers and Gov. Andrew Cuomo, who passed and signed three separate bills in 2016, respectively, to boost such opportunities.

One bill authorized individual tax credits for craft brewers in New York City. Another allows farmers to sell craft beer products and ciders by the glass at their properties. The third modified New York’s so-called Sunday Blue Law by approving special permits for alcohol sales after 8 a.m. on Sundays.

Leone also expressed gratitude for the efforts of Max Oswald, owner of Olde Saratoga Brewing, who donates a portion of the proceeds from ticket sales for his Saratoga Beer Week keg ceremony to support the NYSBA.

Oswald hosted that event this year at the Olde Saratoga Brewing warehouse on Excelsior Avenue in association with Mike Brown, owner of Death Wish Coffee in Round Lake; the Albany Distilling Company; and MacKenzie Liptak, the communications manager for DeCrescente Distributing in Mechanicville.

More in this category: « Why Fiber? Why Now? Why Not?! New Lake Club for Boaters in the Works »
back to top