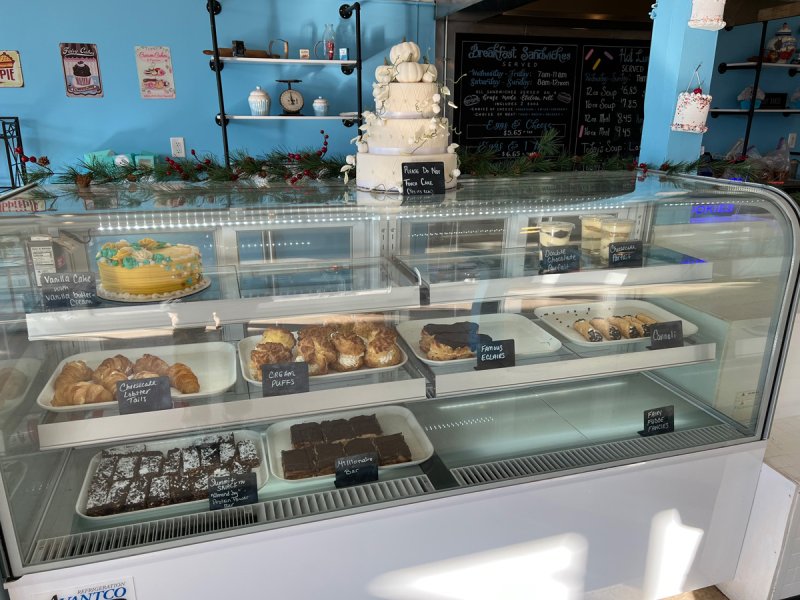 A display counter at The Sugar Fairy Bakes in Mechanicville. The company is opening a second location in the Ellsworth Commons in Malta this March. Photo by Dylan McGlynn.

MALTA — The Sugar Fairy Bakes, a from-scratch bakery in Mechanicville, will be opening a second location in the Ellsworth Commons in Malta this March. And for owner Stacie Blair, it’s been some time coming.

Blair founded The Sugar Fairy Bakes in 2019, and initially ran the business out of her home. Blair had planned for the company’s initial storefront to be located in Malta, but the plans were tabled after the COVID-19 pandemic struck in early 2020.

Shortly after, Blair found an opportunity to establish her bakery in Mechanicville. Now, she’s expanding her horizons back to Malta.

Sugar Fairy Bakes will be baking items at the Mechanicville location, and delivering them to be sold at the Malta storefront, Blair said. Their location in the Ellsworth Commons is slightly over 2,000 square feet.

And for residents of Malta, Blair said that Sugar Fairy Bakes will offer “old-fashioned, from-scratch” bakery items to the community. Blair emphasized that “99.9%” of their food comes fully from scratch.

“Nothing comes out of a box or a can,” Blair said. “A lot of my ingredients are locally sourced.”

Sugar Fairy Bakes receives eggs from a farm in Melrose, honey and maple syrup from a farm in Cobleskill, and meat from a farm in Schaghticoke, she said. Many of the company’s recipes have been handed down through family members of Blair and her employees, with some over 100 years old.

“We have our signature chocolate chips, and then we do a cookie of the week,” Blair said. “I make over 250 different cookies, so this is a good way to get each one out there. … Every Wednesday is scone day. Thursdays are sweet roll day, so instead of a cinnamon bun, you’d have a raspberry, or strawberry, or blueberry.”

Blair cited the growth of the Malta community as a reason for the expansion, saying the Sugar Fairy Bakes will help fill a need in the area.

Blair also hopes that the opening of her second location will begin a trend for the company. Blair said her plan is for Sugar Fairy Bakes to be franchised in the next 10 years.

“I have a 10-year plan. Within 10 years, we will be franchised,” Blair said. “That’s the plan. We have Mechanicville, we have Malta. … But I will never get so big that I can’t do from-scratch, and I can’t do what makes me, me.”

But first comes the opening of the Malta location, which offers something “real” to the local community, Blair said.

More in this category: « SAIL Announces Tyler Whitney as New Executive Director Dake Foundation for Children Announces 2023 Board of Directors »
back to top