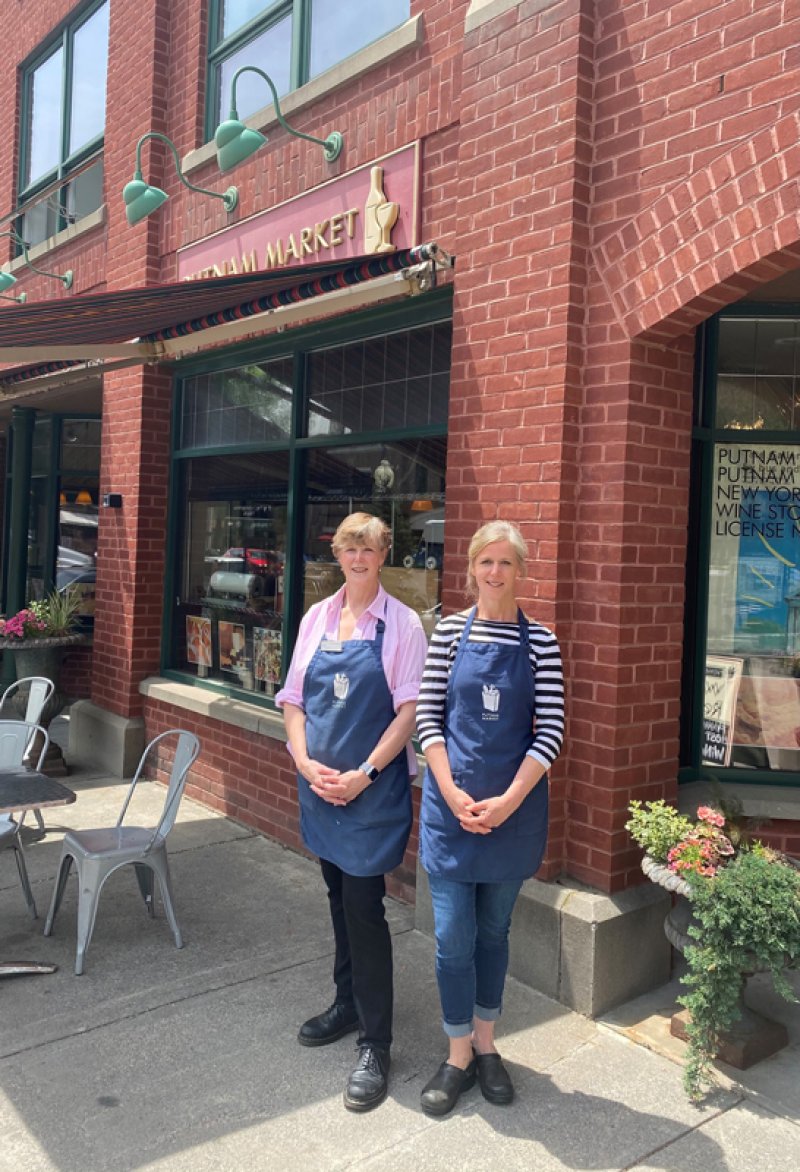 Catharine Hamilton and Gloria Griskowitz, co-owners of Putnam Market, pose in front of their store on Broadway on June 2, 2021. Photo by Thomas Dimopoulos.

SARATOGA SPRINGS — Putnam Market, located at 431 Broadway in downtown Saratoga Springs was recently named one of the 50 greatest food stores in the world by the Financial Times, an internationally renowned daily newspaper focused on business and economic current affairs.

The ranking included small, independent groceries and delis from New York to Berlin to Singapore.  Of the 50 greatest food stores 16 were in the U.S., including iconic New York stores Russ & Daughters, the 2nd Avenue Deli on the Lower East Side, and Barney Greengrass.  Also included was La Fromagerie, Marylebone, London whose Cheese Room served as a template for the one in Putnam Market.

The Financial Times article is titled “The 50 greatest food stores in the world: Where to find the best produce on the planet, from classic New York delis and Indian spice emporiums to German sausage shops,” and was published May 18.

Putnam Market opened for business June 30, 1995 and the sandwiches debuted that autumn.  Chefs started production of salads and bakery items in 1997 and wine sales began in 1998.  In June 2012, The Cheese Room debuted at Putnam Market, a glass-walled space kept at optimal cheese-ripening temperature, surrounding customers with some of the best cheeses in the world.

More in this category: « Mind Body Soul Expo: New Holistic Pop Up Market Comes on the Scene Just Add Water »
back to top