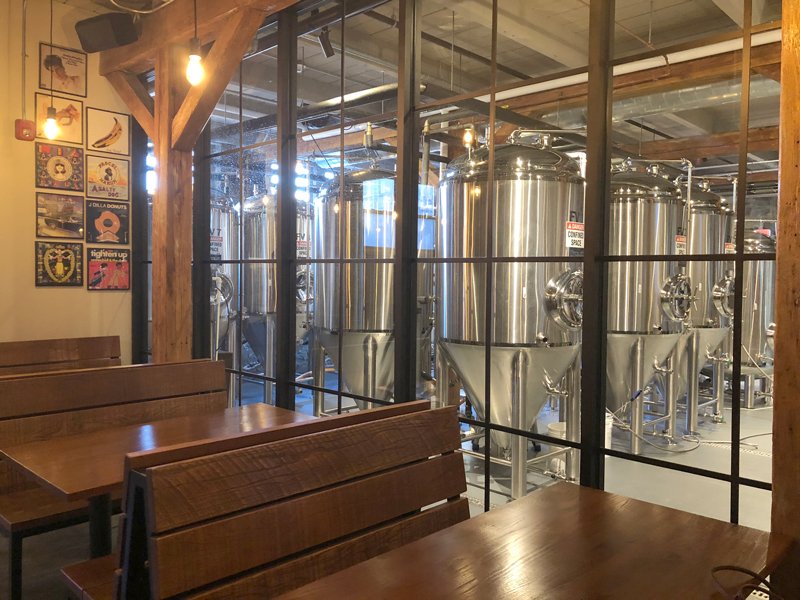 In its rankings, USA Today explains:  Craft breweries are opening in record numbers in the United States, hundreds each year. USA TODAY 10Best wanted to find the best new breweries in the country, ones founded in the past three years, so we asked our readers to vote for their favorites. A panel of experts partnered with 10Best editors to pick the initial nominees, and the top 10 winners were determined by popular vote.

Opened just before the COVID-19 pandemic hit, the brewery has navigated the last year, creating a safe environment for its patrons. Integrating its craft beer menu with a distinctive food menu that features Detroit style pizza, the brewery also features a full coffee shop.

Will Crager, co-owner and founder of Whitman says: beer at Whitman is not just something you can have a discussion over, but something that you can have a discussion about. It will challenge you to think about beer in a different way – as a foundation of culture and conversation. Conversation will not end here. It will extend into discussions on the space and the vibe. Stories of the photos on the wall. Discussions about music, history, art, poetry, and politics. Discussions amongst friends and family. And, yes, even discussions with the stranger sitting to the left or right of you at the bar.

For more information, go to:  waltandwhitmanbrewing.com