Notes from Chamber of Commerce: So How Was Your Summer?

By Todd Shimkus, President of the Saratoga County Chamber of Commerce | Business 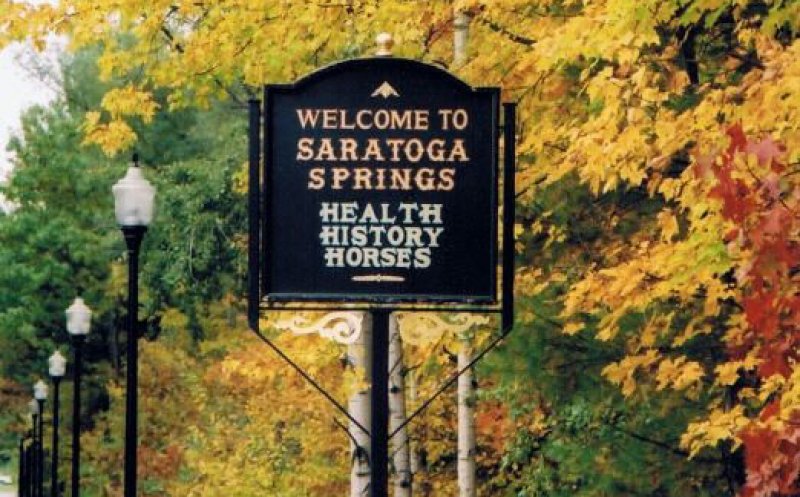 In early August, my wife and I escaped to York Beach, Maine, for a few days. One late-afternoon, we walked the Marginal Way and found our way to a local restaurant along the shore.

We sat outside socially distanced from another couple. There was an adjacent outdoor patio where there were three people sitting together at a table above us. I looked closely at the man’s hat at the table nearest us and sure enough it was from Saratoga. It had a NYRA logo on the back.

When he turned a little, I yelled out to him asking how he got the hat. He turned and smiled noting that he typically goes to Saratoga with his wife every year but not this year. They love the community but the lack of fans at the Saratoga Race Course had sent them to the Maine coast instead.

Just then, the three people on the patio overheard us say that we lived in Saratoga. So now they chimed in with a similar story. They visit Saratoga every year but not this summer.

The next day as I was reading a book on the beach. I saw a person walking up from the freezing cold water. He looked familiar but I doubted it was who I thought it might be. A little later, I noticed him just to our right side with two kids digging a big hole.

Yes, I knew him. He lives in Edinburg. We’ve worked together for the last five years on Saratoga’s Giant PumpkinFest.  I yelled over to him and we ended up talking for 30 minutes.

Not sure about your friends on Facebook, but a lot of mine spent time in Maine this summer. You know who you are.

For us, it made sense. Maine is an easy drive. It has a beach. You can spend nearly the entire day outside. Maine was NOT on New York’s quarantine travel list. Nor did we have to quarantine going there. I read two books - - The Great Halifax Explosion and A Woman of No Importance. I bought both books at Northshire Bookstore before I left. They both were amazing stories, one from World War I and the other from World War II, which I had never heard before.

The people working there and visiting there appeared to be taking the right precautions. We marveled actually at the fact that nearly all of the young children we saw were wearing masks and didn’t seem to be complaining. My wife and I were actually thanked by a person who said he worked for the town just for wearing our masks as we left the beach one day.

No fans at the Saratoga Race Course. No NYC Ballet or Philadelphia Orchestra at SPAC. No Live Nation Concerts. No Saratoga Casino. No Yaddo Gardens. No Caffe Lena. Very few small weddings. Very few youth sporting events. So many more people unemployed than in prior years. So many states with sky high rates of COVID 19 that they couldn’t come here.

Generally summer is a time when local businesses look to thrive. The summer of 2020 for many local businesses is one they had to work harder than ever just to survive. The same will be true this fall and winter. It’s about surviving, not thriving.

We, as a community, are going to have to take collective action to help save our local businesses. We’ve already learned that we can be stronger together. We survived a near complete economic shutdown. We’ve made considerable progress slowing the spread of COVID 19 locally.

Skidmore College has now opened safely which will help our local economy. The City Center’s parking structure will be operational in time for the Holiday season. The Saratoga Casino is open and the National Museum of Racing and Hall of Fame has reopened after a $20 million modernization.

The City’s motto is Health. History. Horses. Health has always come first. Now with summer over, we have to expand this definition of health to include our economic health as well as our individual wellness. This means a focus on doing our part to help our local independent businesses. Let’s help them survive this fall and winter so that we can all thrive again.

Read 1266 times
More in this category: « Dunkin’ Donates Nearly $2,000 in Gift Cards to Support Healthcare Workers and Staff at The Wesley Community Schuylerville Barbershop Opens New Location »
back to top