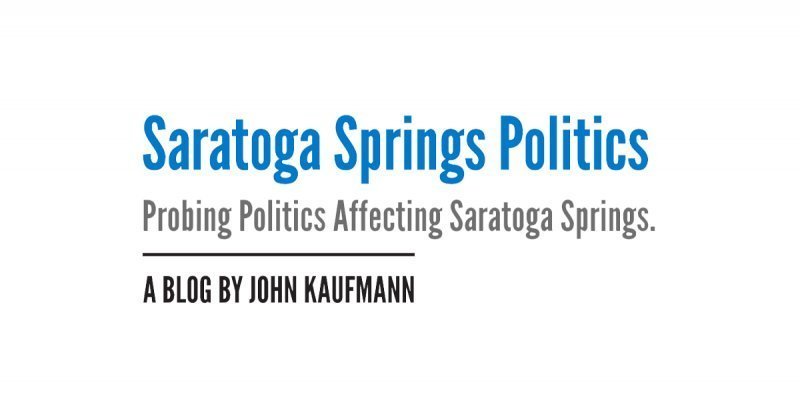 Saratoga Springs Mayor Ron Kim's section of the January 3, 2022, Saratoga Springs City Council agenda included an "announcement" regarding paying attorneys representing past Mayor Meg Kelly and past Public Safety Commissioner Robin Dalton. Materials related to the "announcement" included invoices from the respective attorneys. Kim asserted that publishing the invoices was necessitated by his commitment to "transparency." Unfortunately, this commitment does not extend to the Mayor's own pursuit of engaging legal counsel.

Kelly and Dalton had secured legal representation after Attorney General Letitia James initiated an inquiry into a number of upstate New York municipalities regarding possible civil rights violations. In the case of Saratoga Springs, the inquiry related to the city's response to actions taken by the local Black Lives Matter group. James had subpoenaed the cell phone records of Kelly and Dalton and had advised them that they would be deposed.

Kim's publishing of the invoices from the lawyers was unprecedented as it was not related to any resolution to be adopted by the Council or any other action to be taken.

As Accounts Commissioner Dillon Moran pointed out, the Council had previously approved the hourly rate being charged by the attorneys and had authorized paying them up to $10,000 each, although that amount was less than what was now required.

Kim told his colleagues he would be bringing forward a resolution at the next Council meeting to pay the bills. New York State Public Officers' Law requires that municipalities pay for the legal defense of elected officials should they be subject to legal liabilities associated with actions that had been performed in their official capacities.

Public Safety Commissioner James Montagnino told his colleagues that he would need to review the bills. This seemed most odd as the bills were part of the published agenda. Accounts Commissioner Dillon Moran pointed this out to Montagnno, who ignored him.

Department of Public Works Commissioner Jason Golub then offered that "having been a government investigations lawyer for fifteen years, these bills are not unreasonable. Reviewing documents, and preparing depositions take a lot of time, and so a thirty grand bill for two people for several months...I looked at it, and I didn't find anything that was extreme...for what it's worth."

Interestingly, the Council's discussion of Kim's announcement was unusually bland and thankfully without drama. That was yet to come.

First, it turned out the Mayor had failed to vigorously review the legal invoices before putting them up on the city's website. They included the home address of Meg Kelly. Kelly's attorney brought this to the attention of the City Attorney, and the invoices were removed from the city's website.

Kim Goes To The Times Union

Regrettably, Kim was not done. Next he took his story of the two prior officials' legal bills to Wendy Liberatore at the Times Union.

“...I will continue to be fully transparent and accountable to Saratogians as to the status of our financial commitment via periodic reports at the City Council meetings.”

Kim then contended incorrectly that some of the attorney costs were high because Dalton had returned her IPad "mangled" and that the password Dalton provided "didn't work."

Dalton said she returned the device as soon as she left office and that she didn’t have a discussion with anyone at City Hall regarding a password. Furthermore, she said, the city is the administrator of the device and could have reset the password and that all the information on it would have been in the server.

Kim also told Liberatore he was interested in capping the fees the city would pay.

“Obviously, we went above it [JK: The original amount approved by the Council],” Kim said. “Normally, this is not an adversarial process. They [JK: The Attorneys?] provide information and that’s all. But this is turning out to be expensive.”

The article ended with the following:

When asked if the city will likely have to pay Kelly and Dalton’s legal bill regardless, he said “it’s an open question.”

“It depends on what the AG’s office alleges,” he said.

These remarks continue Mayor Kim's regrettable tendency to engage in legal conjecturing untethered to what the law actually requires.

The readers of this blog may recall the debacle when Mayor Kim opposed the city paying the copay for the insurance settlement in the Tim Wales case. This pointless conflict went on for some time. Eventually, despite Kim's obstinant opposition, payment for the copay was finally authorized by the Council.

A News Story Was Not Enough

But Mayor Kim was not done. The city allows citizens to sign up to receive emails regarding city activities and advisements.

Kim next decided to utilize this vehicle to email his remarks regarding these bills and copies of the invoices to the public. Announcing the bills at a Council meeting, posting them on the city's website, and going to the press was not enough.

Kim Reneges On His Promise To Authorize Payments Of Bills At January 17, 2023, Council Meeting

For some reason, the Mayor failed to place a resolution to pay the legal bills of Dalton and Kelly on the last (January 17) City Council agenda as he had announced he would do.

Why is anyone's guess. For the Mayor, the concept of transparency is fluid.

While Kim has claimed his handling of information about Kelly's and Dalton's legal bills was all about his commitment to transparency, he has been less than forthcoming about using public money for his legal pursuits.

On January 10, 2023, the Mayor's office issued a Request for Quotes ( RFQ ) for legal services. The scope of work requested was:

As far as I can tell, item #1 has to do with the Attorney General's office investigating the misconduct of local police forces and other agencies statewide. It requires that the subject of the investigation provide "all required documents." This is a link to a report produced under this section of law.

As the Mayor does not answer my inquiries, I am unclear, though, exactly why this RFQ was issued and why these tasks could not be handled by the City Attorney. Responses to the RFQ were due by January 17, 2023, which coincidentally was the date of the most recent Council meeting, but none of this was on the Mayor's agenda.

Has something new developed with the AG investigation?

Has this RFQ some kind of relationship to the Mayor's issue with paying for Kelly's and Dalton's attorneys? Who knows?

Just as odd is the extremely vague and open-ended section of the RFQ which states the Mayor is seeking counsel for "Performing other legal services as assigned."

As this RFQ has no stated limits regarding what is sought in terms of time or how much money will be spent, it seems to provide the Mayor carte blanche to hire attorneys for whatever purpose he wants.

It would seem that in the interest of "transparency," the Council would be asked whether they thought the city needed additional legal representation in the form of an RFQ before seeking bids. This is especially appropriate here as the Council might find the lack of limits regarding the scope of work, cost, and duration problematic.

Should the Council decline to approve any agreement growing out of this RFQ, this will do little to improve the city's growing reputation for the questionable manner with which it handles legal matters.

Would that the Mayor applied his rigorous standards of transparency to his own actions.