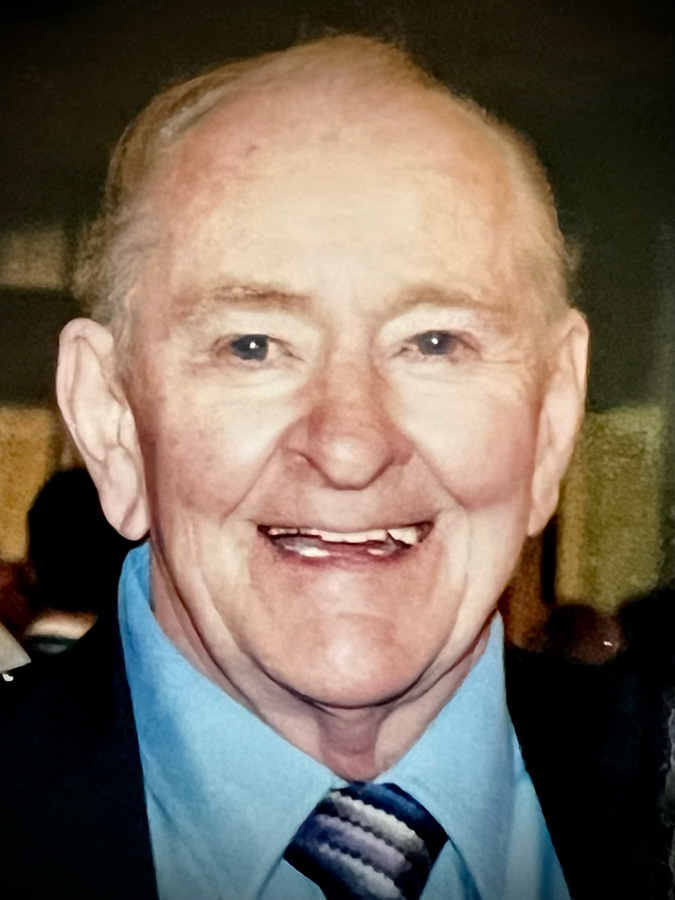 Roswell was a graduate of Hillsboro High School, NH and completed one year at the University of New Hampshire. He served four years in the U.S. Air Force during the Korean War prior to his 30-year career with the FAA as an air traffic controller, the majority of which he served at Albany Airport.

After retiring, his avid interest in professional boxing led him to donate his time coaching youth and young adults at local boxing gyms, having boxed himself while in the Air Force. He also enjoyed Saratoga’s Thoroughbred Race Course and Harness Track, briefly co-owning a harness horse with his father in the mid-1960s.

During his younger years, Roswell was a talented swimmer and high board diver, excelling at the swan dive and double back flip. Those who knew him well especially appreciated his colorful storytelling abilities and his unusual talent for recalling and reciting many lengthy monologues and soliloquies from Shakespeare and other major works of literature.

His memorial and burial will be private. Online remembrances may be made at burkefuneralhome.com/obituary/roswell-whitcomb-jr

More in this category: « John David Lynett Ellen Gilbert Leonard »
back to top