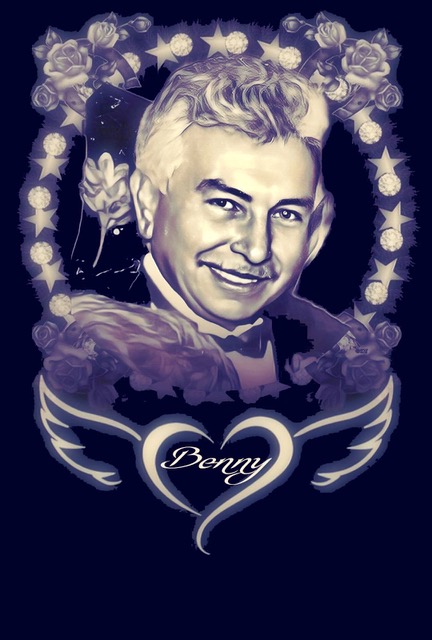 SARATOGA SPRINGS — Benjamin Anthony Lauricella (Benny) was 89 years when he passed away at the Home of the Good Shepard in Malta, NY. He was born in Manhattan on July 3, 1933. He came into this world with a bang and left the same way. He passed peacefully on Veteran’s Day, 11-11-22. God bless you, dad!

He is survived by his son Dan Lauricella, daughter Daneen, son-in-law Don and Dan’s wife Jeannie. He also had four grandchildren. Natasha, Daniel, Jayna and Kristen.

Ben joined the U.S. Navy in 1951 and was active for four years, inactive for another four. He travelled around the world twice and shared his many stories with friends and family. He was on the U.S. Cogswell- DD651 and a 3rd class petty officer-commissary. He was on a Mediterranean and Korean cruise, and was a Korean War Veteran. He told us about the ceremony of the “pollywogs to shellbacks” as well as many of his other adventures.

After returning home, hairdressing was his main target. His step dad Mario and mom Fifi, lived in the Bronx and near his only sister Josephine. She was 7 years older. He could speak fluent Italian because his parents came from Sicily, Italy. His father Daniel lived in Manhattan and joined us for occasional dinners and all holidays. My brother and I remember when our dad would meet and see him off “under the L.”

In 1956, he met his beloved wife Kathi of over 50 years in hairdressing school. They graduated, married and were soon working at his step dad’s business, Rivoli’s Beauty Salon. Ben was a hairdresser for 20 years and lived the Bronx on Lurting and Bronxwood Avenue until the mid-seventies. We remember backyard parties where the food was hoisted in a pulley that was concocted with a clothes line… obviously, safety wasn’t an issue back then. The Christmas and birthday parties that they hosted each year were always over the top and they always managed to invite numerous guests because “no one should be left alone on a holiday.”

In 1975, Ben and Kathi built a house and moved us up to Saratoga Springs in 1976. Our grandparents decided to join us and sold their 2-family home. Ben’s sister Josephine and her husband Samuel built a house next door as well. Our dad had a close and loving relationship with Josephine until her passing in July of 2013. He grieved her loss every day since.

Ben decided to retire from hairdressing and become a school bus driver for the Saratoga Springs City school district. He remained employed with them for 25 years and retired in the early 90s. His was dubbed “The Happy Bus” and he was loved by many students and staff.

He was also a Pinkerton during the summer for 10 years at the Saratoga Race Course and everyone knew Benny. In the mid-eighties he decided to sell tip sheets instead, which he happily did every summer for the next 32 years. You could always hear his abundant voice when you crossed the street at the Nelson Ave entrance. He was the greeter and had many loyal customers every year. My brother worked beside him for over 10 years and between the two them, many sheets were sold.

Our parents purchased a summer cabin up north on Hunt Lake and enjoyed fixing it up. They spent every summer there and enjoyed it for over 15 wonderful years. They loved to fish and row their boat around the lake.

After our mother’s passing, he worked for a few more years and then retired from the racetrack. In late 2021 he decided not to remain in his house and moved to the Home of the Good Shepard where he resided for almost a year and a half. Friends and family visited him regularly and he particularly loved the visits with our dogs because Benny was an animal lover. Every one of the staff loved our dad and they flowed to his room to say goodbye to him. Each person shared their personal memories and experiences they had with him. There were many tears and smiles.

We’re so proud of our dad. No one in our family could imagine having to give up your independence, home and driver’s license… all in one year. This man moved from a two-story house into one room and accepted it with grace. He tried to live his life as best as he knew how. Our father Ben is a true warrior, and I certainly learned a lot from him, especially toward the end. We had a lot of beautiful long talks about life and how fortunate he was to have lived this long. He was a wise man in many ways and lived his life… his way.

Thank you, dad, for everything you did for us, we love you very much and your creative and funny vocabulary will live on! You’ll certainly be missed. Rest in peace, my man.

His memorial will be private as will the family burial at the Gerald BH Solomon Saratoga National Cemetery.

In lieu of flowers, please consider making a donation in Ben’s name to the Community Hospice of Saratoga, 179 Lawrence St., Saratoga Springs, NY 12866 in honor of him.

More in this category: « Cindi L. Cardella Margaret Mary Fueston »
back to top