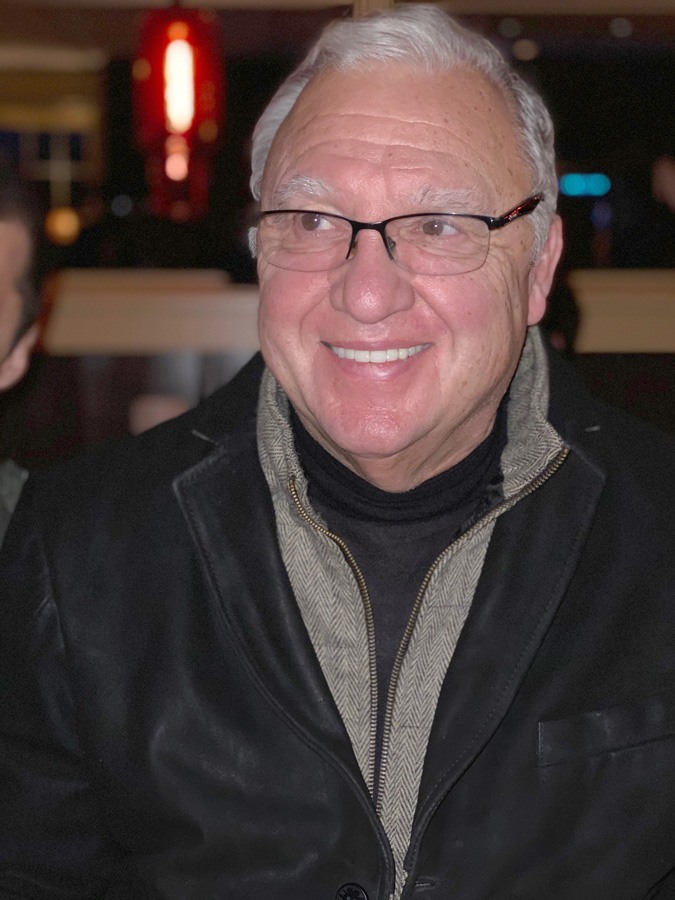 SARATOGA SPRINGS — Ronald Anthony Riggi, 80, the capital region business owner and philanthropist who founded Turbine Services LTD with his twin brother Vincent, passed away on Sunday peacefully surrounded by his family at his home in Saratoga Springs.

Ron grew up in Mount Pleasant, New York with his twin brother Vincent, and younger brother Jeffrey. He was the son of the late Vincent Riggi Sr. and Evelyn Riggi.

He graduated from Draper High School in Schenectady where he was an exceptional athlete and went on to Kings Point Merchant Marine Academy in Great Neck, New York.

After graduating from Kings Point, Ron served aboard the SS TransYork, which was a military contracted steam ship used to transport ammunitions and supplies to the US Army during the Vietnam War. The SS TransYork was routinely in the combat zone during the war, which was unusual for a private contractor during that time period. He served on the ship for 2.5 years.

Following their time at GE, Ron and Vincent founded Turbine Services LTD in 1972 in Burnt Hills, N.Y. In 1995, they moved their headquarters to Saratoga Springs where it exists today.

Ron had a love and passion for adventure. He was an avid sailor, pilot, traveler, and marksman. He and a close group of friends, including his brother, purchased a Columbia 50 sailboat, and sailed every weekend in Nantucket, Martha’s Vineyard, and Falmouth, prior to starting their family in 1979.

As his love for adventure continued, his passion shifted from aeronautical to aviation, where he got his pilot’s license and began collecting and flying vintage airplanes. His collection of airplanes included a P51 Mustang, a Stearman Bi–plane, and an SNJ.

Ron’s business took him to over 150 countries throughout his lifetime. He loved to travel, and as his children grew, Michele was able to join him. Some of their most memorable trips included Thailand, Singapore, and Dubai. During these travels they enjoyed collecting artifacts which each tell a story and are placed throughout all of their homes. As their passion for travel continued to grow, they wanted to share that passion with their children, which led to yearly family trips to destinations like Singapore, France, and Vail, Colorado. Within the past 15 years, Ron loved travelling with his entire family to Caribbean destinations; it was important to him that all of his children were with him during the holidays.

Ron and Michele’s oldest daughter, Rochele, was a competitive figure skater growing up, which led them to Lake Placid. It was there, they purchased a beautiful mountain home in 1988, where they spent every weekend raising their four children. Whether it was skiing at Whiteface Mountain, building a toboggan run for their kids, or taking a ride down Mt Van Hovenburg, his love for winter sports flourished and eventually led to the sponsorship of the 1992 US bobsled team which competed at the Winter Olympics in Albertville, France that same year.

Over the years, and as the family grew, Ron would continue to add onto the Lake Placid house. It was important for Ron to be surrounded by his children. He built various homes on the property to ensure that each child had a place to come with their families.

At work he was known as the “Bulldog,” at home he was known as the “Boss” or “Pops,” but underneath that tough exterior was a man who loved his family, his animals, and his community. Ron loved to give back and serve. He served as chairman of the board of the Saratoga Performing Arts Center (SPAC), and secretary of the Board of Trustees of the Saratoga Regional YMCA, among other philanthropic efforts. He served on the board of the National Museum of Dance in Saratoga Springs alongside his wife, and also contributed to the Double H Hole in the Woods camp, Saratoga Hospital, the National Museum of Racing and the Saratoga Automobile Museum.

In short, he took care of everyone around him and didn’t expect anything in return – humans and animals alike. Ron loved animals so much. He and Michele filled their homes with dogs, cats, Koi, and birds. He never said no to a dog or cat that needed a home. A night didn’t go by where one of his animals wasn’t sitting on his lap enjoying his beloved Yankees with him. He provided a life for his animals bigger and better than anyone could ever imagine. They were so special to him and were with him until the very end.

Ron’s laugh was truly infectious. Once you heard that laugh, you couldn’t help but want to be in his presence. For those that had the opportunity to meet him, you felt the need to strive for his approval. Through a head nod, wink, fist pound or laugh you would hold his acknowledgement with a sense of pride. He was truly a special person and will be deeply missed by all that have known him.

In lieu of flowers, we ask that you consider a donation to a charity near and dear to your heart in memory of Ron. Online remembrances may be made at www.burkefuneralhome.com

More in this category: « Robert H. Mundell John R. O’Shea »
back to top