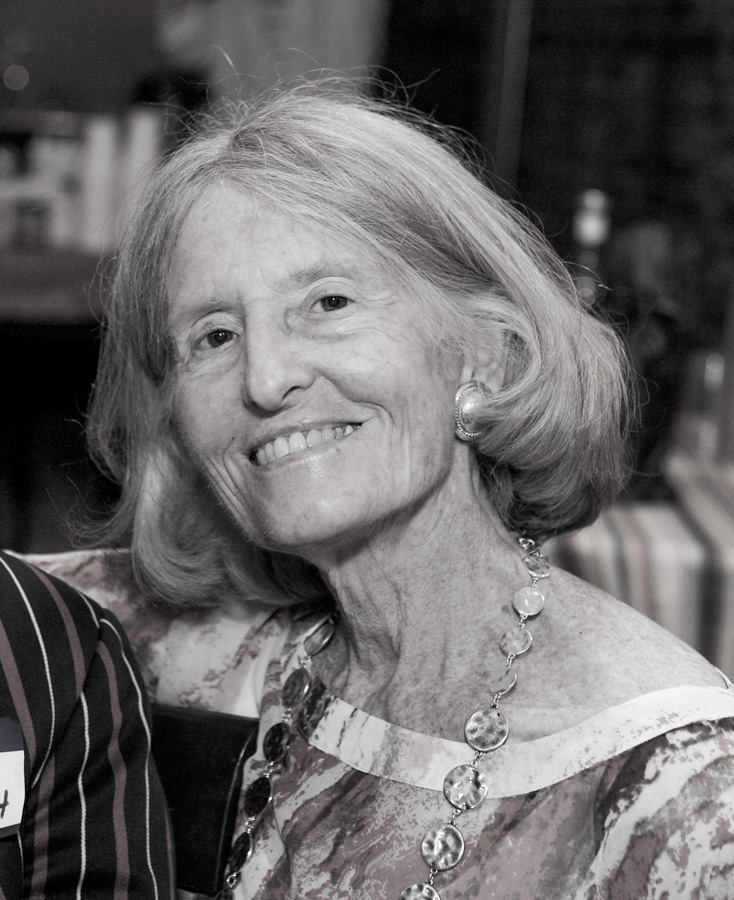 SARATOGA SPRINGS — Phyllis Aldrich died peacefully at the Wesley Community in Saratoga Springs on Friday, August 5 at the age of 83. She was predeceased by her husband Alexander Aldrich, and is survived by her children, William Aldrich of San Francisco, CA and Sarah Aldrich of Hamden, CT; her children with her former husband, David Watts of Warren, VT: Cynthia Watts Murphy of Morristown, NJ, Jeffrey Watts of Tokyo, Japan, and Taylor Watts of Boulder, CO; her stepchildren Winthrop Aldrich of Islesboro, ME; Elizabeth Atcheson of Portland, OR; Amanda O’Bannon of Islesboro, ME; and Alexander Aldrich of Montpelier, VT; plus twenty-one adored grandchildren, two great-grandchildren, and seven sons- and daughters-in-law. She is also survived by her four sisters: Gwynneth Smith of Annapolis, MD; Sharon Smith of Hartford, CT; Cynthia Fulton of Bernardston, MA; and Sunny Wright of South Londonderry, VT.

Phyllis was born in New York City to Clement Williamson and Cynthia Dickinson. After moving to Providence, she graduated Wheeler School in 1956 and went on to earn her undergraduate degree in History and Literature from Radcliffe College (Phi Beta Kappa), and an M.A. Degree in American Civilization with study both at Brown University and NYU. While at Radcliffe, she was active in the Radcliffe-Harvard Choral Society. Her first marriage, to David Watts, ended in divorce in 1968.

Phyllis became a master teacher at St. Ann’s School in Brooklyn, NY. She met and married Alexander “Sam” Aldrich and moved with him to Greenfield Center in 1971. When they married, Sam and Phyllis had seven children between them, and together they added two more. From 1973 to 1977, Phyllis was Special Assistant to the President of Skidmore College, establishing its Dance Program under New York City Ballet’s Melissa Hayden, and its radio station, WSPN FM 91.1. In 1977, Phyllis was recruited to create the role of Coordinator of Gifted Education at Saratoga-Warren-Washington Board of Cooperative Educational Services, where she established gifted education programs in 31 school districts in a five-county region across upstate New York. Her after-school enrichment mini courses and Young Scholars school-day program served more than 2,000 students each year, helping identify kids with extraordinary ability, and igniting in them a passion for learning. She held this role until her retirement in 2005. From 1984 to 1990, Phyllis served as president of New York AGATE, a statewide advocacy organization for gifted children. From 1986 until 2015, Phyllis served on the advisory committee of the US State Department’s office for Overseas Schools, advising on curriculum with AISA–the Association of International Schools in Africa. Phyllis’s impact on kids was local, regional, and global.

Phyllis was a volunteer force in Saratoga from her arrival. In 1977, she chaired the ‘Vienna Waltzes’ Ballet Gala to benefit Saratoga Performing Arts Center, with Jane Wait and Philly Dake. Most recently, Phyllis served on the Board of Saratoga PLAN from 2017 until 2022, helping establish Pitney Meadows Community Farm, and Tupelo Community Forest in Greenfield. Phyllis was active with St. George’s Episcopal Church in Clifton Park, serving as a Stephen Minister, as senior warden, and singing Alto in the Choir for many years. In the last few years, she hosted young, aspiring opera singers for summer-stays at her home, and advised candidates for office in local races.

She and her family spent many summers in Martha’s Vineyard, MA and Islesboro, ME where they were active sailors and beloved members of those communities.

Phyllis genuinely loved connecting with people and inspiring kids to learn. She was an indomitable spirit who infused everyone who came into contact with her with an unusual zest for life. She was an unparalleled inspiration to many friends and all of her children, including her step-children, in how to live life fully.

Visiting hours will be from 4 to 7 p.m. on Friday, September 16, 2022 at the William J. Burke & Sons/Bussing & Cunniff Funeral Home, 628 N. Broadway Saratoga Springs. A private memorial service to celebrate her life will be held at Pitney Meadows Community Farm on Saturday, Sept. 17.

The family is grateful to her caregivers, Mirsa, Erin, Susie, Sarah, Angel and the staff of the Wesley Community for their compassionate care for Phyllis.

In lieu of flowers, donations may be sent to Saratoga PLAN or the Saratoga Performing Arts Center.

More in this category: « Marjorie Irene Cote David H. Volk »
back to top