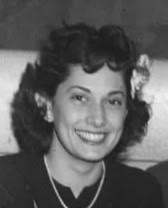 SARATOGA SPRINGS — Margaret J. (D’Aiello) Eddy, 97, died of natural causes in her home on Monday, July 25, 2022, after a long illness in the care of her daughter Susan Philbin. Margaret was born April 15, 1925, at Saratoga Hospital in Saratoga Springs. She graduated from Saratoga Springs High School in 1943 and was a graduate of Cornell New York Hospital School of Nursing, 1947 where she received her RN. In April 1947 Margaret married her loving husband, L. Charles (Chuck) Eddy. Both Margaret and Chuck were lifelong residents of Saratoga Springs.

After raising her children, she worked for many years in various positions at Saratoga Hospital including Discharge Planner when she retired. She then went on to work as a substitute school nurse in the Saratoga Springs Public and Parochial schools where she thoroughly enjoyed interaction with the children.

Margaret (Margie) grew up in a large and generous household which included her grandmother and four aunts in her parents’ seven-bedroom home on Nelson Avenue in Saratoga Springs. The relationships forged in that house never faded and grew fuller with time.

Margaret was active in Saratoga Springs civic affairs which included the Red Cross Blood Bank, American Cancer Society, Yaddo Docent Committee, the Saratoga Room of the Saratoga Springs Library, the initial fundraising for Saratoga Performing Arts Center (SPAC) and the Community Hotel Project (Holiday Inn). She also served as Secretary for the Embury Residents’ Association where she most recently resided. Most notably she was a 72-year member and past president of the Flower & Fruit Mission of Saratoga Hospital. Margaret was a creative needle pointer and teacher, avid bridge player, golfer, and tennis player. She was the longest tenured member of the Saratoga Golf & Polo Club where many memorable family gatherings took place.

A Mass of Christian Burial will be celebrated on Friday, August 12 at 11 a.m. at St. Clements Church followed by a private burial service for family. There will be no calling hours. Arrangements are under the direction of the William J. Burke & Sons/ Bussing & Cunniff Funeral Home, 628 N. Broadway, Saratoga Springs, NY 12866.

In lieu of flowers memorial donations may be made to Community Hospice of Saratoga or The Flower and Fruit Mission of Saratoga Hospital.

Online remembrances may be made at burkefunerlahome.com