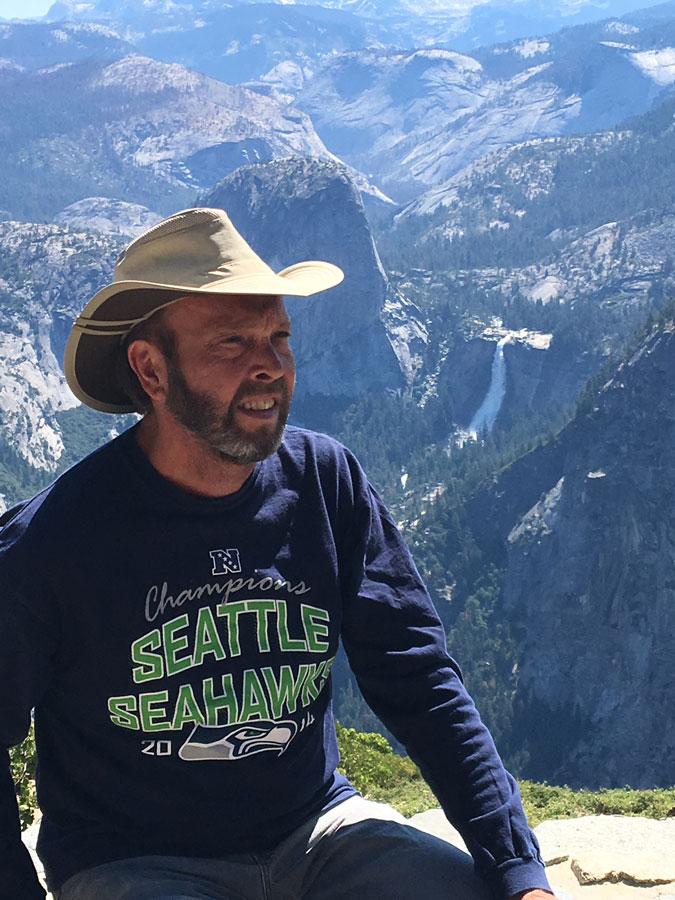 It wasn’t all work - speed skating was enjoyed by the family as well. As a third-generation speed skater, David competed from the age of 6 to 15, attending meets and championship events. David earned many placement medals.

He graduated from Saratoga Springs High School in 1982; served in the Navy from 1984-1988; graduated from Maria College in Albany in 1993, with a degree as an Occupational Therapy Assistant. In 1988, he graduated from Connecticut Center for Massage, certified in Massage Therapy.

David worked as a Certified Occupational Therapy Asst, (COTA) since 1993, and traveled with his work to the states of NY, CT, TN, AZ, OR, and WA. He was a gifted therapist and touched many lives. Listening to the life experiences of patients and helping them recover gave him joy and fulfillment.

David played soccer into his thirties and was an avid English Premier League soccer fan. Manchester City being his team of choice. He also enjoyed golf, basketball, and football. He was a lifelong New York Giants fan, but after moving to Washington, he became a Seattle Seahawks fan. He rarely missed a Seahawk game.

Naturally talented with song, dance, and comedic timing, David was the lead singer in a cover band in CA in the late 80’s; would karaoke any chance he could and acted in community theatre. He began performing in community productions at the age of eight, with Stepping Star Studio in Saratoga Springs, performing in “The Mouse and the Cheese” (1972). He held many key roles: starring as Will Rogers in “Will Rogers Follies” in CT; Phil Davis in “White Christmas,” in Chelan, WA; Father Virgil Manly Trott in “Sister Amnesia’s Country Western Nunsense Jamboree,” in Chelan, WA; and his last role was as Nicely-Nicely in “Guys and Dolls,” in Soap Lake, WA, (2019). There were many productions in between.

David’s theatrical experiences were enjoyed by his patients, as he would occasionally sing a song while working. He brought joy to family and friends with phone calls as theatrical characters or the pizza delivery man.

In 2012, he met the love of his life, Tina. He quickly embraced becoming a dad to her daughter, Trista. As a family they shared love, laughter, singing, dancing, sports, travel, and creating culinary experiences, often including more family and friends.

David never knew a stranger. He was compassionate and kind. Many knew him as the therapist with his dog, Clover. Clover worked with him for ten years.

Funeral services will be held at Lake Chelan Lutheran Church, 216 W. Nixon Ave., Chelan, WA, on Thursday, June 2, 2022 at 6:30 p.m. A Celebration of Life will also be held at the Ferndell Pavilion in the Saratoga Spa State Park on N. South Rd., Saratoga Springs on Friday, June 24, 2022, from 12:00-6:00 p.m. Please leave your thoughts and memories at www.prechtrose.com. Services are entrusted to Precht Rose Chapel, Chelan, WA.

More in this category: « John W. Parker Richard “Dick” Tetro »
back to top