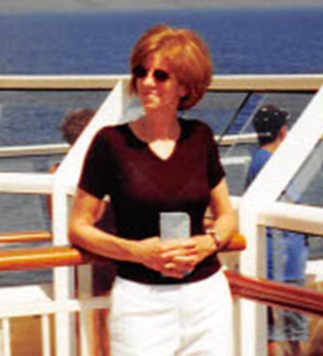 SARATOGA SPRINGS — Nancy C. Dowd died peacefully on Sunday, November 14, 2021, at home in Saratoga Springs after a short illness. She is survived by her husband, Edward (Ned) Fanning, two sisters, Kathleen Smith and Mimi (John) Carusone, and two brothers Patrick (Shauna) and William (Mary Ann). She was predeceased by her parents and a brother John (Casey). Nancy is also survived by many nieces and nephews and was known throughout the family as the “fun aunt.”

Nancy was born in Saratoga Springs to her parents, Helen and John Dowd of Nelson Avenue on July 12, 1949, when her mother announced to her older sisters that they had to leave the carousel at Kaydeross Park so Mommy could go to the hospital.

Nancy was a graduate of Sea Pines School for Girls, Westbrook Junior College and Boston University. She spent several years living and working in Paris. Nancy established Albany Intertravel, a travel agency which she ran for many years. She enjoyed summers working at the Saratoga Racecourse and was employed by Sodexo at General Electric Research Center. She spent her retirement years working at Kane’s Fine Wine & Spirits

In lieu of flowers, the family has requested donations to the Saratoga Hospital Foundation, 211 Church St, Saratoga Springs, NY 12866

More in this category: « Marilyn M. Vallone William J. Collins  »
back to top