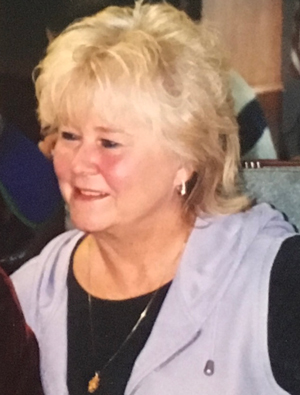 SARATOGA SPRINGS — Marilyn M. Vallone, 79, of Schuylerville, passed away peacefully on Sunday, November 14, 2021 at Wesley Healthcare Facility in Saratoga Springs. She is now reunited with her beloved son, Vinny Vallone.

Originally from Flushing, NY and born to Monica (Bowe) Mathe and Herman (Pete) Mathe, Marilyn moved Upstate with her now deceased husband, Rod Vallone, in 1970. She loved living in the country (though later moved to Saratoga Springs) and always thought of Schuylerville as “home.” Marilyn loved being a stay-at-home mom (after a brief stint owning The Crooked Kiln ceramics studio) and was very involved with her community, her garden, and her children’s lives. She was an avid bowler, volunteer, collector, and lover of all things beautiful – whether it be a child’s piece of artwork, the puffy clouds in the sky above, or the colors of autumn’s leaves. She appreciated everything, and thanked God daily for her blessings.

After her kids were raised, Marilyn went to work at Woodlawn Commons, enjoying her time there so, she didn’t retire until the age of 72 years old. She had a fun-loving, compassionate heart and was truly a lover of all creatures; two-legged or four (she adopted many a stray over the years!) To know her was to love her.

Marilyn will be missed by all who knew her, especially her daughter Chris Bushee, who is losing her best friend, and her granddaughter Alexandria Bushee, who is now pursuing a career in nursing which was nurtured by her close relationship to her “Grammie.”

Marilyn is also survived by her son’s two daughters, Shayne and Samantha Vallone, and the many nieces and nephews who she adored, building wonderful relationships with over those formative years when all six siblings would shift their kids around for summer break. She loved having the kids come up and spend some time in the country.

Marilyn is predeceased by two brothers; John (Jackie) Mathe and Don Mathe, who passed away recently and had many of the same attentive and loving nursing home caretakers (THANK YOU ALL!!).

Maryilyn’s oldest sister, Harriet Rackovitch is still living on Long Island’s North Fork and we all had the best vacation there before the dementia took its grip. Her other two sisters, Dee Dufault and Georgie Pelkowski, relocated upstate years ago, allowing them many good years together.

Not being one to be the center of attention, Marilyn has requested there be no calling hours. In lieu of flowers, donations in memory of Marilyn can be made to St. Jude Children’s Research Hospital at www.stjude.org,  or to a charity of your choice.