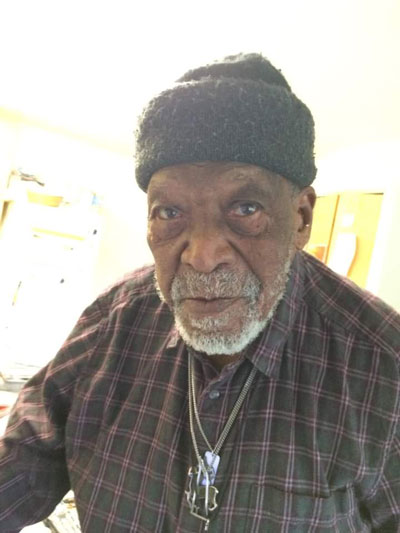 SARATOGA SPRINGS — It is with a heavy heart that we must announce the death of our dear friend Andrew Brown of Saratoga Springs who passed away January 20, 2021 at the age of 96.

He was born on April 6th, 1924 to Mittie Logan Brown and Jerry Brown in Birmingham, Alabama. Andrew was the youngest of 8 siblings. By the time he was the age of 15 most of his relatives, including both parents, had passed away.

Andrew moved to Tennessee to live with his sister for a while. He left school in the 10th grade and began to nomadically travel until he settled in Saratoga Springs, working with the horses at the racetrack. Andrew fell in love with this town and over the years he became known to many. He was good friends with Hattie Moseley and even had a friendship with Mary Lou Whitney. Andrew famously found Mary Lou’s gem in Congress Park while walking and returned it to her. Andrew became a member of the Frederick Allen Elks Lodge, a fraternity that he would always cherish. He enjoyed traveling all over the country especially with his dear friend Emma.

Through all his travels he enjoyed collecting and taking photographs. However, he had many other interests as well. Andrew relished in the sound of music, enjoyed fishing and loved watching a good sporting event, football, basketball, baseball etc. Andrew was known for his love of cooking; people would walk past his window asking for a plate of food. He was a man of different trades. He worked in a factory in Detroit, laid sidewalks all over Saratoga, drove cars all over the east coast and was even a super for an apartment building in Detroit.

Andrew will be missed dearly by those he left behind. Services will be held in the springtime with more information to follow.

More in this category: « Michael R. Maki Chris T. Andreadakis  »
back to top