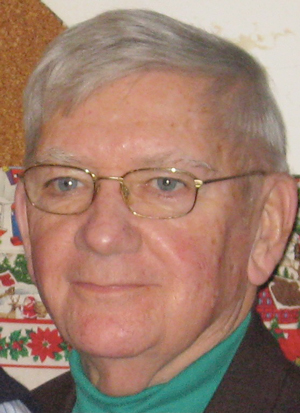 Born in Saratoga Springs on January 19, 1933, Robert was the son of the late Robert L. and Kathleen Driscoll Quinn. For decades, the family owned Quinn’s Colonial Tavern on Broadway.

Robert graduated from St. Peter’s Academy, now Saratoga Central Catholic High School, and   Siena College. Robert married Sally Hunt Quinn on Sept. 12, 1964 and was a devoted husband for over 56 years. His surviving brother is Leo J. (Ann) Quinn of Ballston Spa. In addition to his parents, he was predeceased by his twin brother, Francis, J. (Norma) Quinn, and brother Malcolm Ennis Quinn, both of Saratoga Springs. Robert was dedicated to his family, including many nieces and nephews.

For over 40 years, he worked at the Saratoga County Treasurer’s Office.

Since 1966, Robert and Sally were season ticket holders of the Saratoga Performing Arts Center rarely missing performances of the New York City Ballet and Philadelphia Orchestra. Together, they liked to travel—whether seeing the Panama Canal or taking a train across Canada. Robert was an avid gardener and history buff.

Robert was a communicant of St. Mary’s Church in Ballston Spa where a mass of Christian burial will be said at a later date. There are no viewing hours, and the burial will be private.

The family would like to thank the staff of the Home of the Good Shepherd in Malta for their ongoing care throughout Robert’s illness. In lieu of flowers, gifts may be made to The Community Hospice (communityhospice.org ).

More in this category: « Marcharlene Malcomson Eileen H. Carter »
back to top