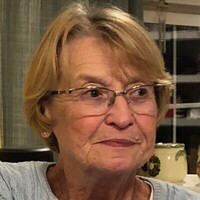 SARATOGA SPRINGS – In the overnight hours of December 29, 2020, Ann B. Whippen Argentine, age 70, of Saratoga Springs, passed away peacefully, after a hard fought and valiant year-long battle with lung cancer. She is survived by her adoring husband of 49 years, William and their daughter, Kimberly (Michael) Montelone; her grandchildren, Trinity and Cameron. Ann will also be fondly remembered by her brothers, George and Robert Whippen; her sister, Kathy (Whippen) Luisi and their families, as well as countless other family members, friends, and loved ones.

Born on July 2, 1950 in Quincy, Massachusetts, Ann met the love of her life, Bill, at the Neponset Drive-In Theater in Dorchester, and the rest is history. Together they spent time in Ocala, Florida, Quincy and Holbrook, Massachusetts, Clay, New York, and ultimately retired to Saratoga Springs. Always together, Bill doted on his beloved “Bunkie,” often coming home with treats to surprise her or taking her “calooping” on drives to nowhere, just to see what they could find together.

Ann adored her daughter Kim and her entire family, especially her two grandchildren. This love led Ann and Bill to move from the Syracuse area to Saratoga Springs upon her retirement in order to be close, even buying a home in the same neighborhood. For the past seven years she took virtually every opportunity she could to attend school functions, sporting events, and family gatherings in order to spend as much time with them as she could.

Since settling in Saratoga, Ann became very involved with the historic Church of St. Peter, serving as a Eucharistic Minister, as well as being a member and Regent of Court McLaughlin 422 Catholic Daughters of the Americas. She enjoyed being able to provide comfort and faith to those who needed it and found camaraderie and friendship in this Faith.

In recent years Ann and Bill discovered their love for the Adirondacks and camping, spending as many days as they could each summer in the “Estates” at the Loon Lake RV Park where they always found laughter, relaxation, and great friendship. Even as Ann’s strength waned this summer, Bill made sure she had opportunities to get to camp and enjoy a golf cart happy hour with their friends or a float on the lake.

The family would like to thank all the caregivers, friends, and loved ones that were there for Ann and the family while she was on her journey. A private funeral Mass will be held, with a memorial service celebrating her life to be held this summer. Kim and Bill ask that in lieu of flowers, donations be made in Ann’s honor to the Mother Theresa Cancer Awareness Fund (mtcaf.org).

Arrangements are under the direction of the William J. Burke & Sons/Bussing and Cunniff Funeral Homes of 628 North Broadway, Saratoga Springs. Online remembrances may be made at burkefuneralhome.com

More in this category: « James A. Murphy, Jr. Rose Mary Brownell »
back to top